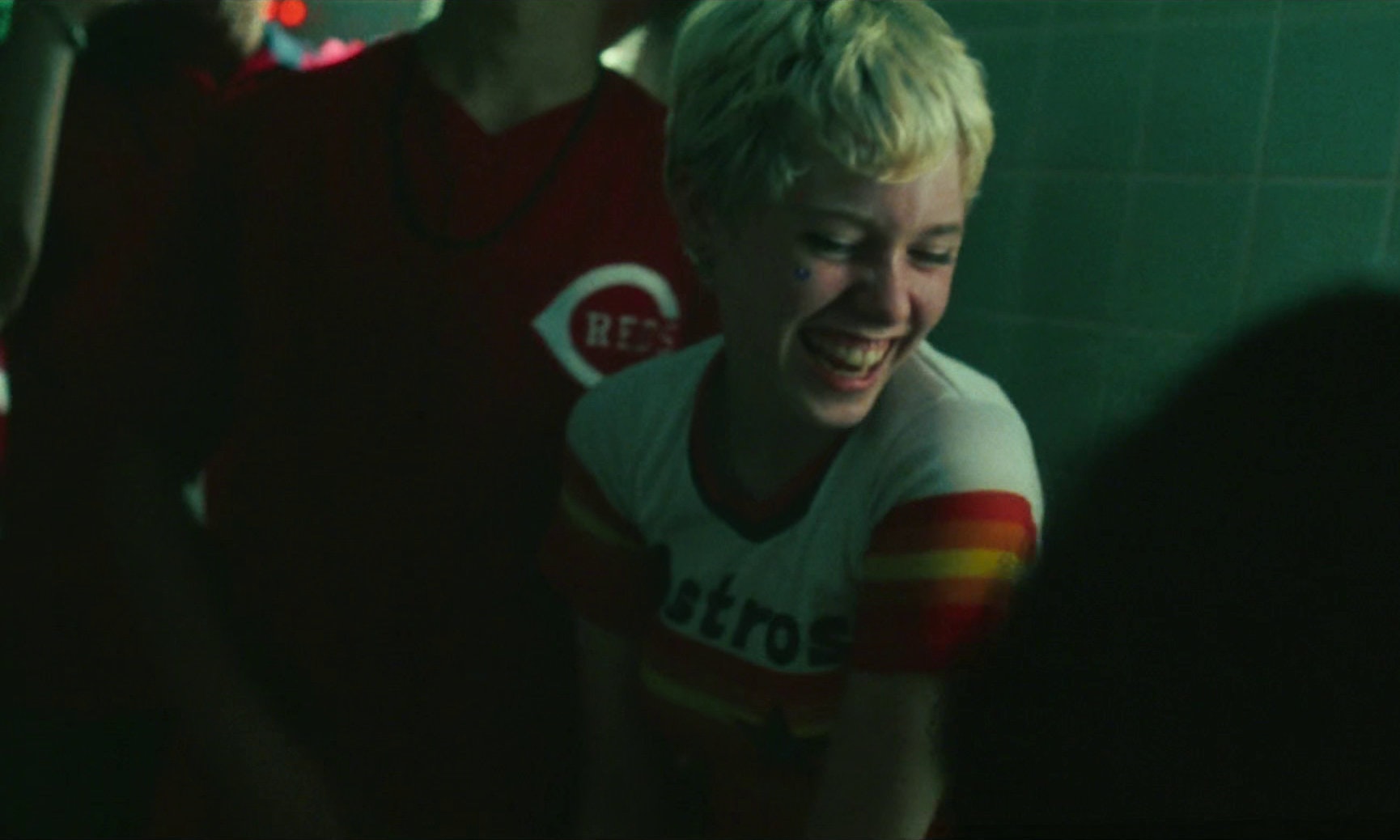 The classic rave venue was an empty warehouse, unassuming and seemingly abandoned during the day, which came alive, secretly, in the middle of the night. The ephemeral (and illegal) nature of these events made the rave party a kind of temporary autonomous zone, where teenagers met in an empty space, made it into an actual place — which then evaporated the next day.

Other than warehouses, raves typically occurred in three types of venues:

But there was one venue in a category all its own, the greatest rave venue of all time: Photon. Imagine lining up in a parking lot at 11pm, in the middle of nowhere, and then you walk in and see this:

Photon was a laser tag franchise that went bankrupt in 1989. In the mid-90s, an original arena sat just outside city limits, shuttered, surrounded by slumburbs, but preserved in its original state. Photon was discovered by party promoters and reinvented as the ultimate rave cave. It was already designed for lasers and fog machines, and the terrain included platforms, labyrinthine corridors, suspended cargo net hammocks, steep ramps, and tall balconies. It was a totally immersive experience. My first trip to Photon was for an alien-themed party called Unified, which I still count among my favorite parties ever.

Eventually, Photon got raved-out and fell into disrepair. Promoters kept renting the complex, but they’d have the party in this adjacent warehouse that wasn’t the same at all. The late 90s economic boom brought a lot of other warehouses back online, and the rest were converted into lofts. Once the rave scene died, there was a decent loft scene in Chicago that continued on for a few years. A bunch of friends would move into an unfinished loft, split the rent 6 ways, and throw parties to pay it down. Loft parties weren’t as good as actual raves, though, and no space would ever hold a candle to Photon. 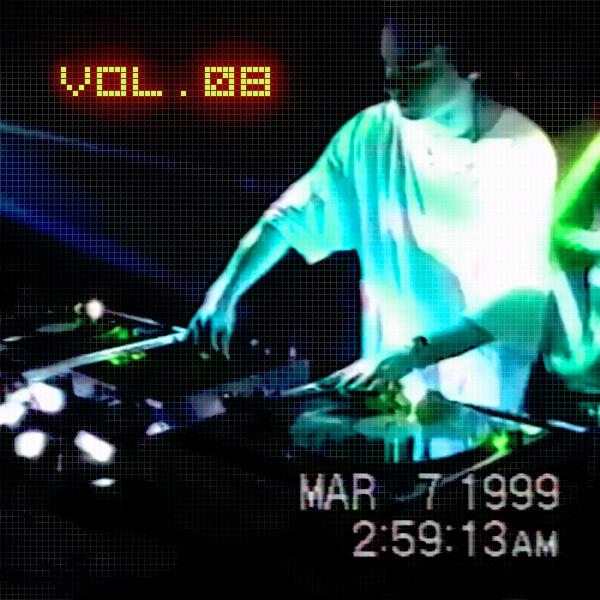 This month’s cover star is Justin Long, who I’ve mentioned before. Justin was one of the most popular DJs in the Chicago scene at that time. 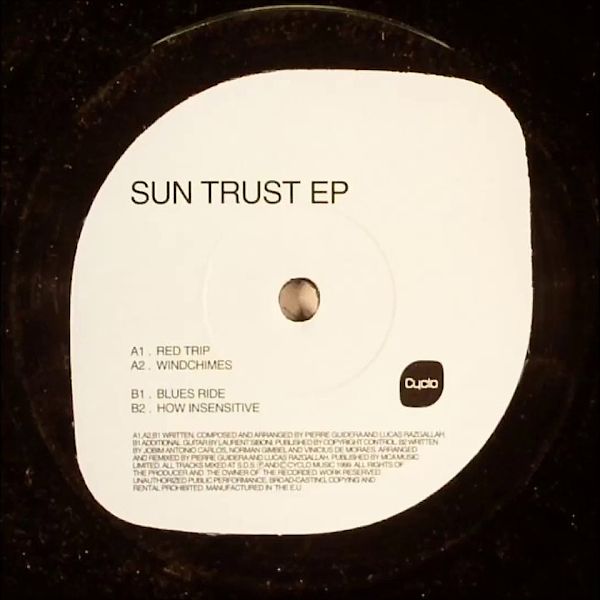 This is the third track from the Sun Trust EP that I've dropped in this series, so far. Be sure to tune in next month for the final Sun Trust track! 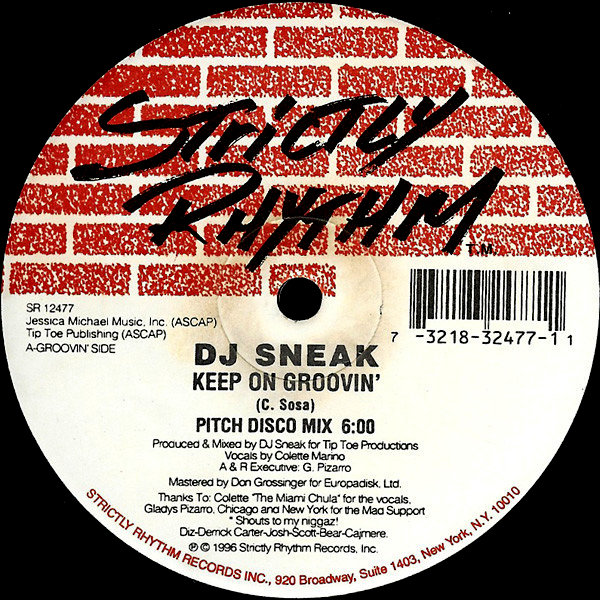 Strictly Rhythm is the quintessential 90s NYC house label. DJ Sneak, however, is a Chicago native.

"Keep On Groovin" samples "What Cha Gonna Do With My Lovin" by Stephanie Mills, from the album of the same name. 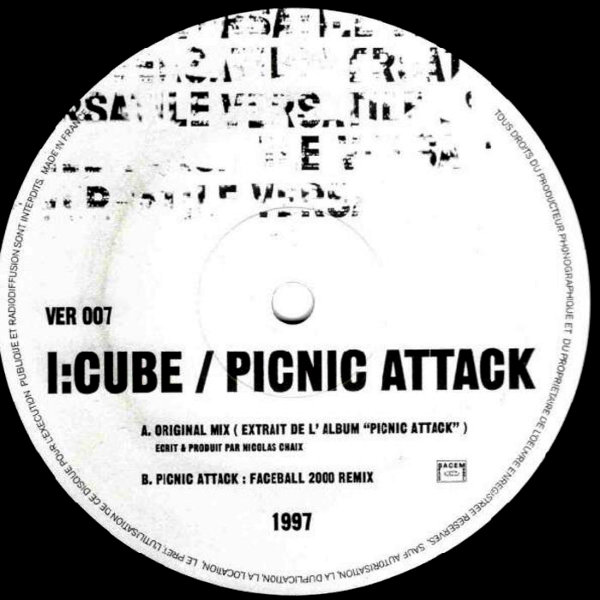 I'm not sure what happens when you experience a "picnic attack", but it sounds more fun than a panic attack. "Picnic Attack" comes from the album of the same name, a significant release for the 90s French Touch scene. I don't recognize any samples here, but let me know if you do. 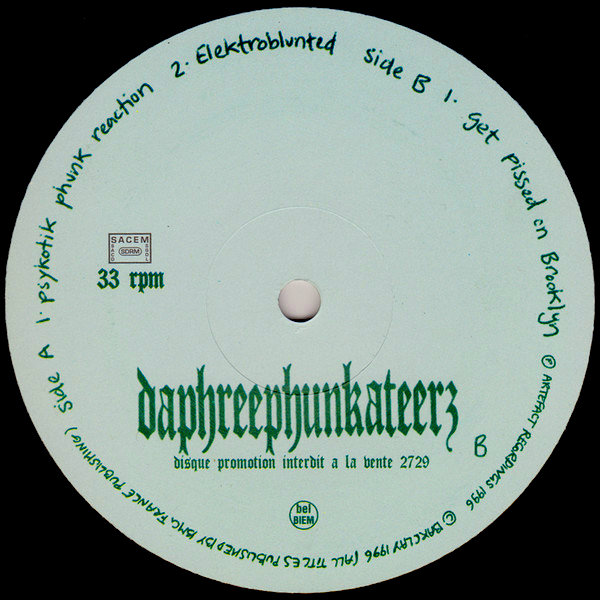 Daphreephunkateerz — Get Pissed On Brooklyn Bridge (1996)

I picked up This French E.P. right when I started deejaying, and then hawked it because I thought it was too slow. I was happy to rediscover it, years later, and put it to some use. 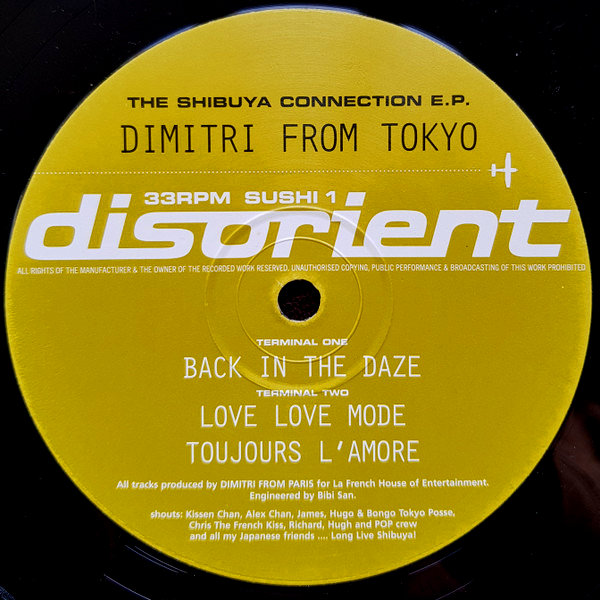 "Dimitri From Tokyo" is, in fact, a pseudonym for Dimitri From Paris, whose name capitalized on the French house craze, and whose Shibuya Connection E.P. cashed in on the 90s Shibuya-Kei trend.

"Back In The Daze" samples "We Got The Funk" by Positive Force, from their self-titled album. 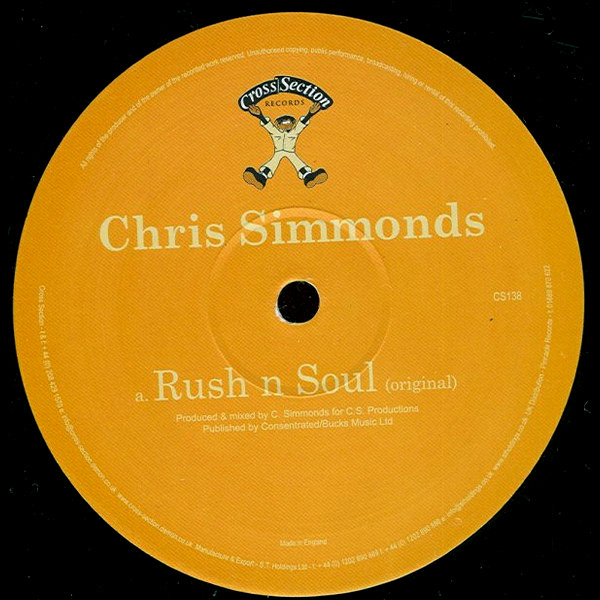 I had pretty much walked away from the house scene when this single dropped, but I got the impression that it must have been a big hit, because I kept hearing it in the summer of 2000, blaring out of clubs and record stores. I bet this one was a lot of fun on the dancefloor. 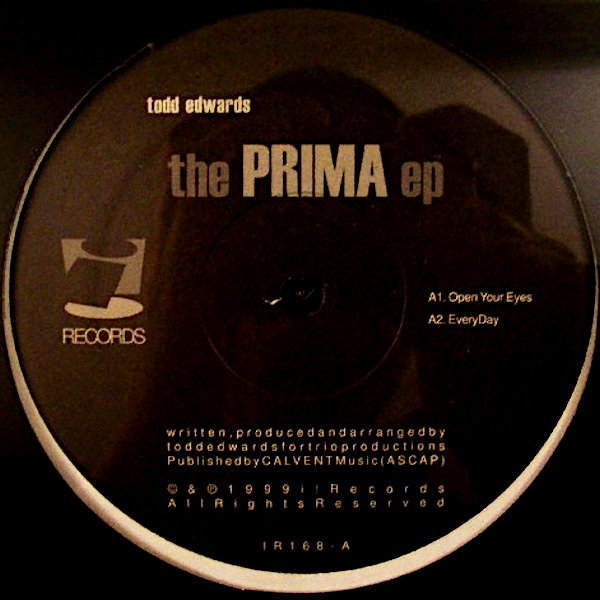 Here's a rare Todd Edward tune from The Prima EP. This is the second hardest track to mix from my library, after "Kool Vibrations", because of the cut-up melody and non-sequitur transitions.

Interestingly, "EveryDay" samples the band Yes, who I've never really liked, but have tried to. I know this song from the Buffalo Springfield version. 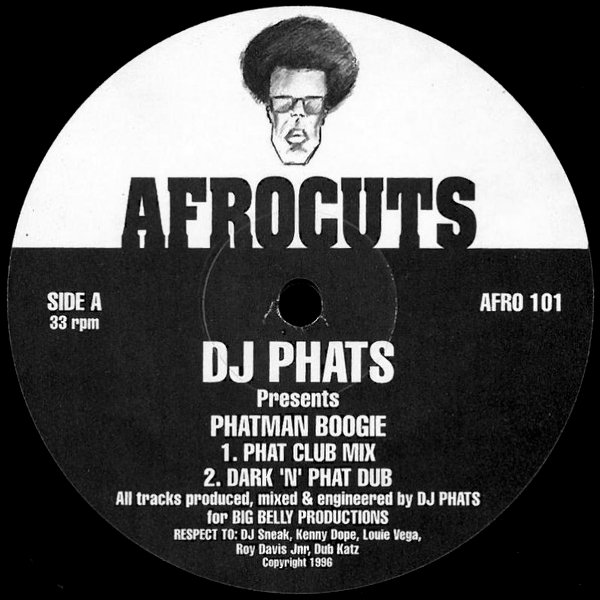 DJ Phats is better known as half of Phats & Small, who enjoyed great, undeserved success in the late 90s for a string of uninventive disco dubs. In '99, they released the hacky, atrociously-named Now Phats What I Call Music, contributing to the decline of house music in general. I always liked this earlier single, though.

"Phatman Boogie" samples "Caveman Boogie" by Lesette Wilson, from the album Now That I've Got Your Attention. 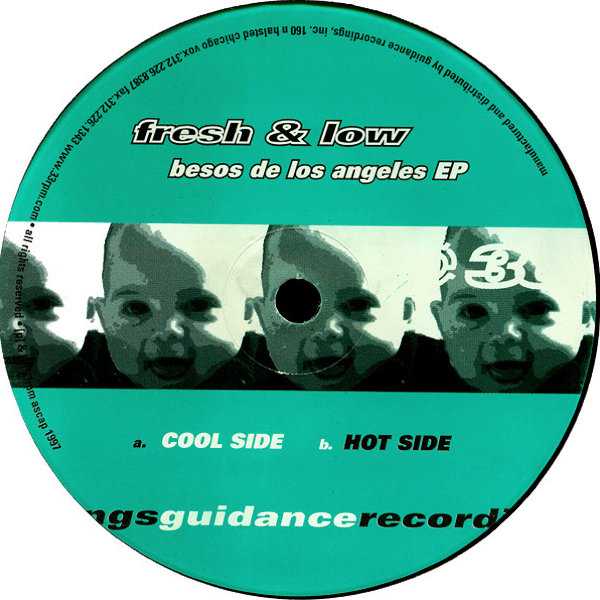 The Besos De Los Angeles EP was, in fact, conceived in the UK, and came into the world through Chicago's Guidance Records. 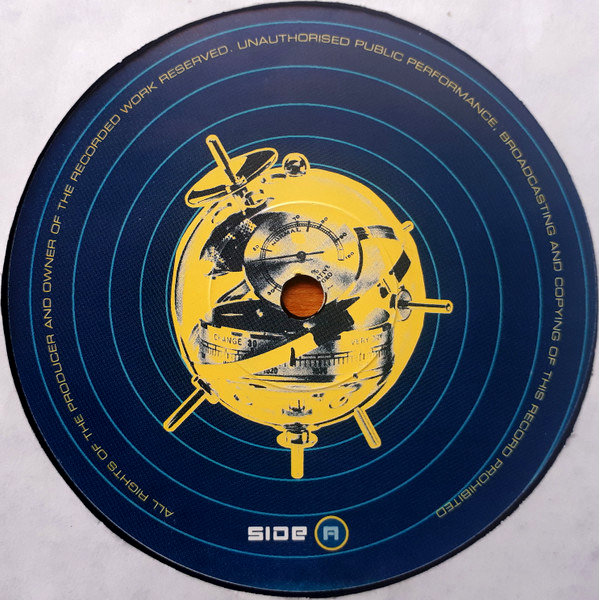 Masters At Work remixed this tune for an excellent album called Altered States, a collection of tastefully-remixed songs by jazz-funk band Atmosfear. This remix doesn't stray too far from the 1979 original, which you can get on the 1981 album En Trance. 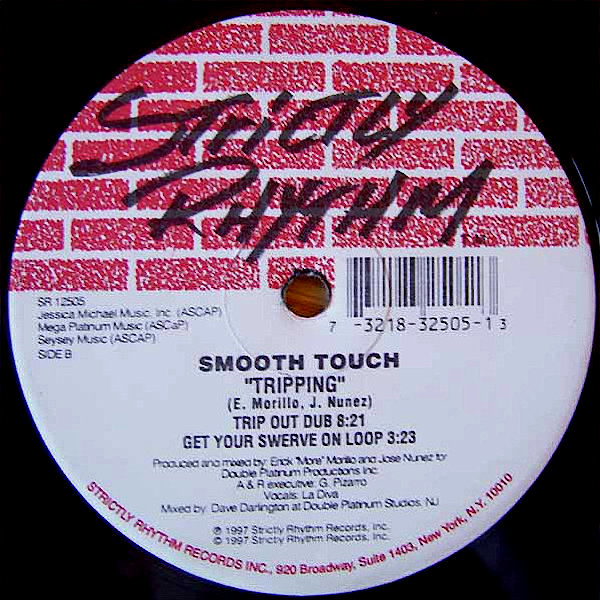 We talked about the late-70s space disco phenomenon, but disco also experienced a far less-palatable crossover with Broadway showtunes. The most famous example of this style is "I Love The Nightlife" by Alicia Bridges—perhaps the worst disco record ever recorded.

Anyway, Metropolis' album, The Greatest Show On Earth, combines disco, Broadway musicals, and the 1977 "I ♥ NY" campaign. The track "New York Is My Kind Of Town" provides the sample for "Tripping". 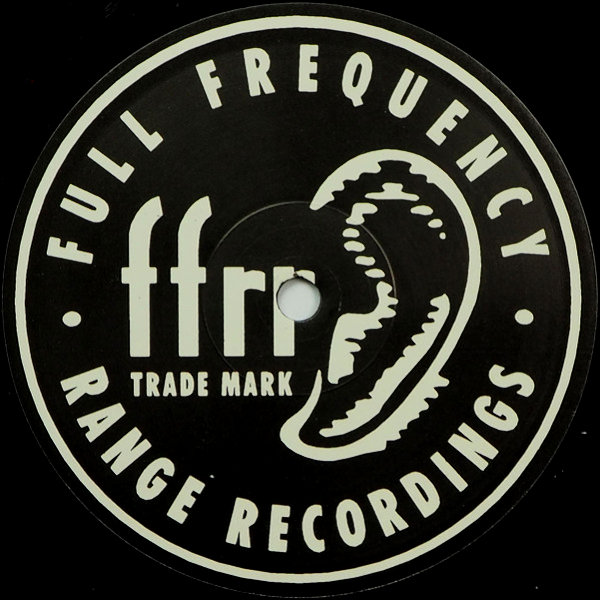 I don't have much to say about this single, but FFRR is a legendary British dance label who released some absolutely essential early rave albums (the Only For The Headstong compilation is the first that comes to mind).

"Until The Day" samples "As" by Stevie Wonder, from Songs In The Key Of Life. 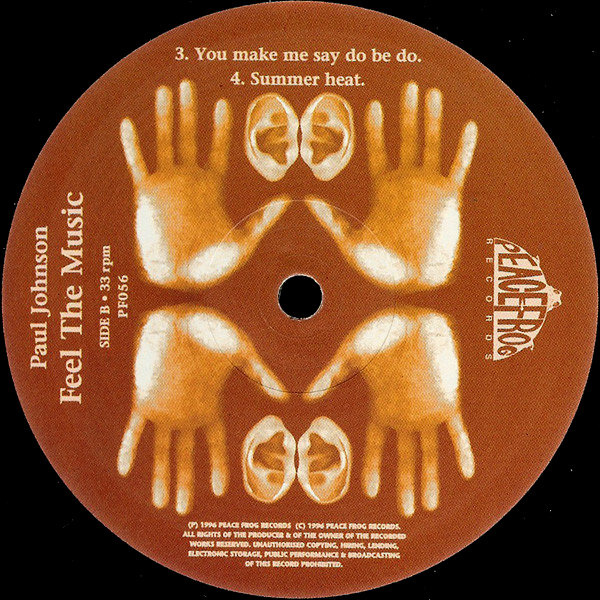 This one comes from a Paul Johnson full-length album called Feel The Music. PJ was a staple of the Chicago rave scene, a crowd favorite, and instantly recognizable as "the dude in the wheelchair". Sadly, Paul Johnson passed away in the summer of 2021.

"Hear The Music" samples "I Hear Music In The Street" by Unlimited Touch, from their self-titled LP. 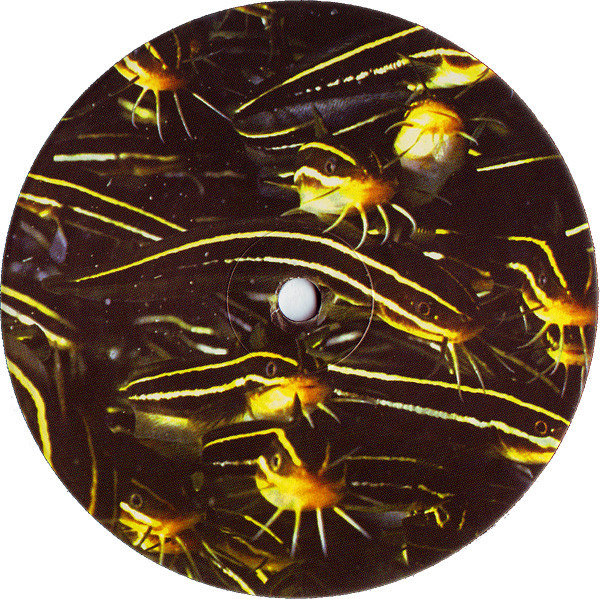 This is the flipside to "Let Me Love You", which is considered a deep house classic in the San Francisco style. I like this side better, though. This is from Soul Searching Volume 3

I don't recognize any samples here, but let me know if you do. 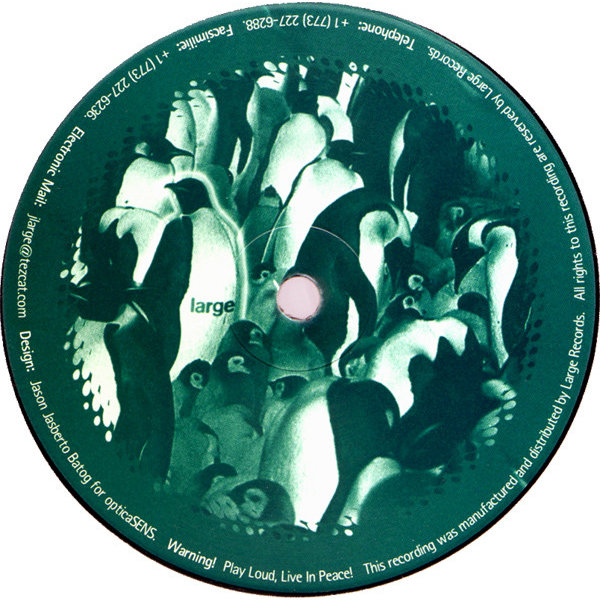 Here's more of that SF sound, this time from Soul Searching Volume 1.

"San Francisco Nights" samples "Nights Over Egypt" by The Jones Girls, from the album Get As Much Love As You Can. The "I got something here" vocal is from First Choice's "Let No Man Put Asunder", from the album Delusions. 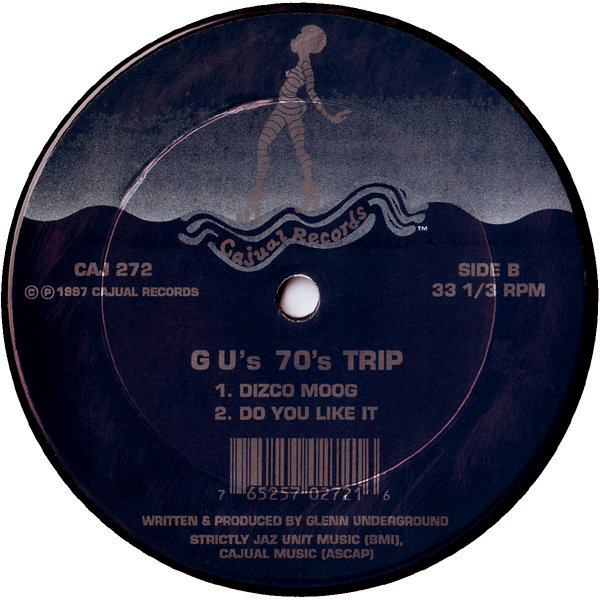 This one comes from Glenn Underground's GU's 70s Trip. "Do You Like It" samples "Hustlin", from The Players Association's eponymous LP. 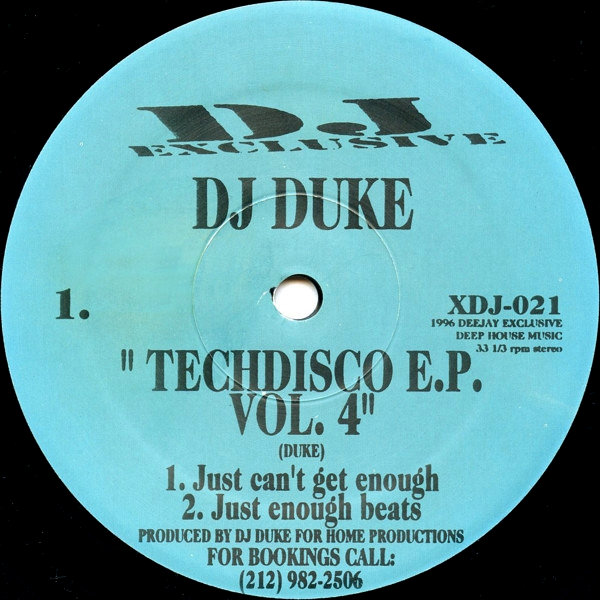 DJ Duke is offering this album for download, on his Bandcamp page. I don't recognize the sample, so let me know if you do. 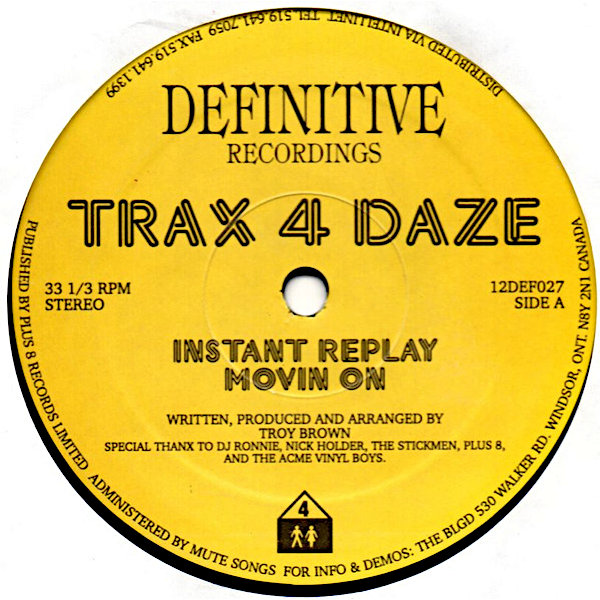 Trax 4 Daze was another one of these fairly bland EPs from Toronto's fairly bland house scene. These Canadian platters offered a lot of usable mixtape fodder, though.

"Instant Replay" samples "Super Disco" by The Rimshots, from the album Down To Earth. 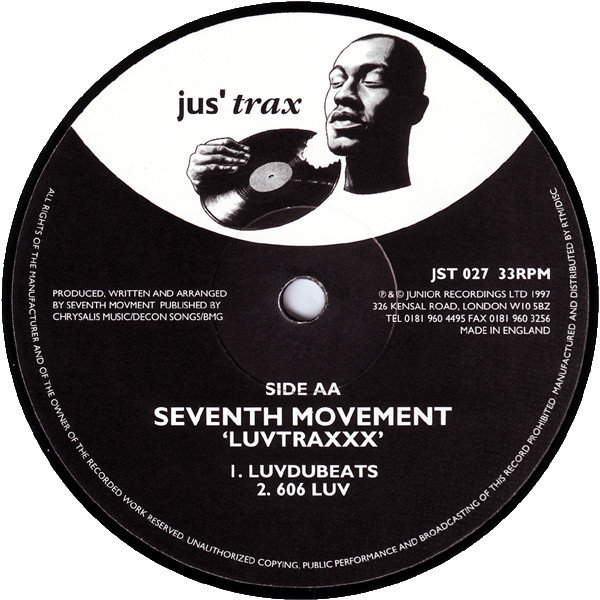 "606 Luv" comes from 7th Movement's Luvtraxxx EP, and samples First Choice's "Armed and Extremely Dangerous", from the LP of the same name.