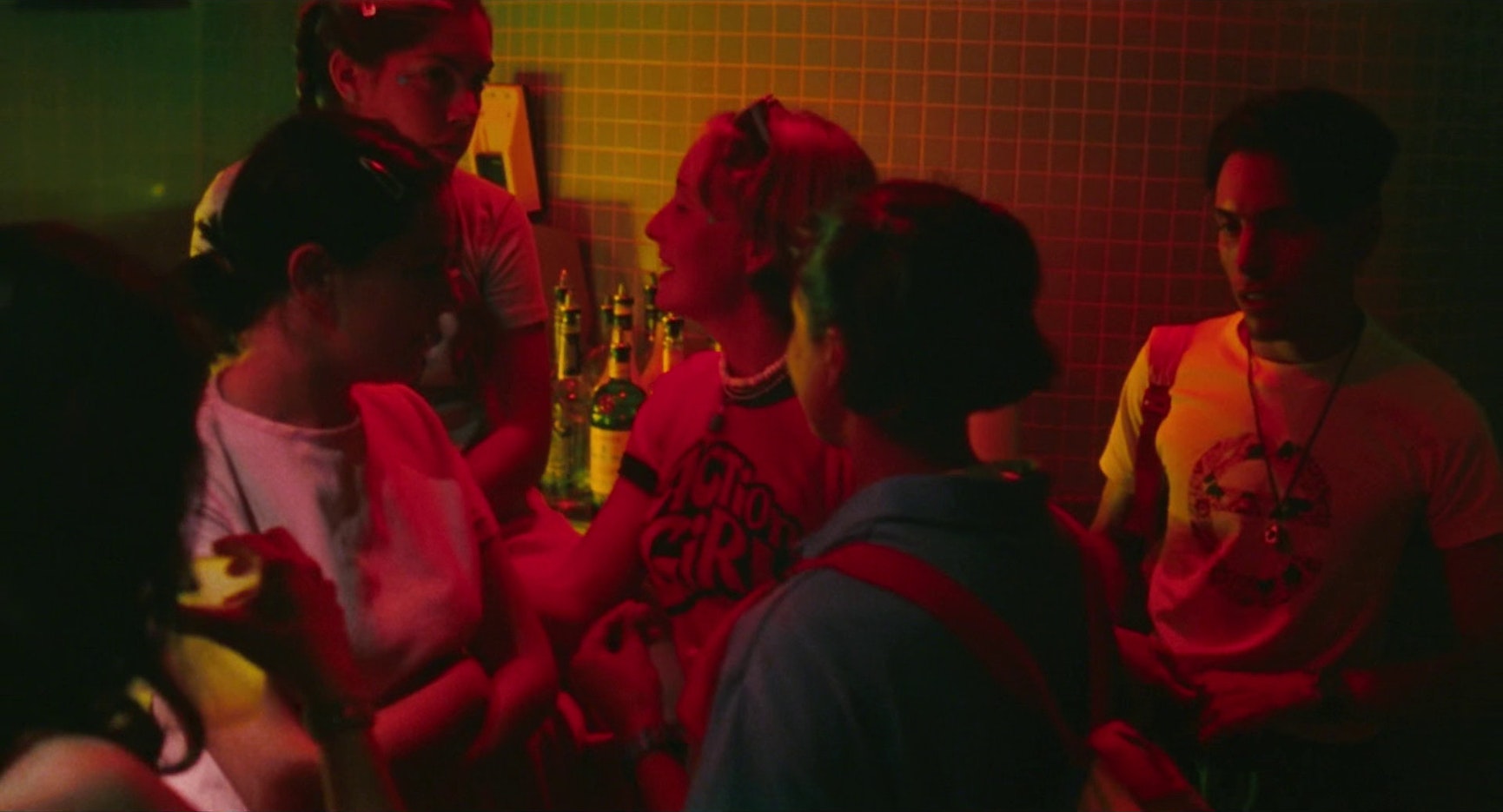 There are some places, like southern California, where you can comfortably wear indoor clothes—T-shirt, jeans and sneakers—all year round. Spend a year in Chicago, and you might have a couple weeks—cumulatively—when this is the case. Chicago is either arctic or tropical, with very little in-between.

I had never experienced humidity until I came to Chicagoland. It was 1995, and I was 15, when I stepped out of my mother’s Oldsmobile and staggered across a sweltering parking lot to our motel. For the uninitiated, the experience is something like altitude sickness, but more immediate and distressing, as your body tries to cool itself with perspiration that won’t evaporate.

Back then, Chicago was absolutely filthy, and the black soot from the city bus would mix with windswept dirt and stick to wet skin. The humidity somehow locks the heat into the atmosphere, so that it’s stiflingly hot even at 2 in the morning. The streetlights’ sodium filaments emitted a harsh, orange glare that desaturated every other color, so all you saw was orange and black. It was like wandering around in a giant smelting plant.

That first summer, as I tried to acclimate myself to this new reality, I heard persistent buzzing over my head. I assumed that the humidity somehow caused the transformers on the power poles to buzz in this way, but only later did I learn that it was actually the sound of swarming cicadas, these insects the size of your thumb, plus wings, that look like they belong at the equator. Trees of heaven turned the concrete into a jungle, especially in deserted areas where raves were most prevalent. Nicknamed the “ghetto palm”, these noxious weeds thrive in blighted areas with lots of cracked asphalt and little competing flora, and will take over an empty lot in a single summer. 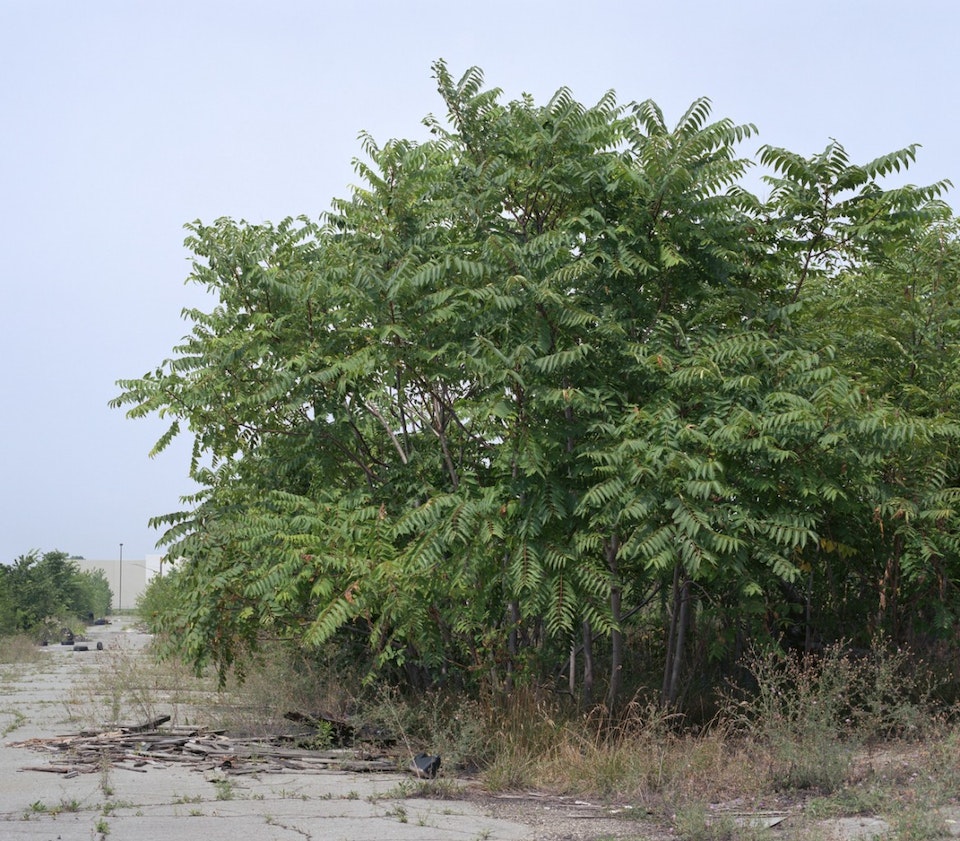 Between the oppressive heat, the ghetto palms and the giant bugs, summer in Chicago often felt like I imagined San Juan or São Paulo to be (though I later visited San Juan, and found it much more pleasant). In addition to these natural features, the party spots often ended up in neighborhoods with cultural roots down in Puerto Rico and Mexico—Like Humbolt Park, where DJ Subzero had a whole, 3-story brownstone that he used as an after-hours spot. For short while, promoters were even throwing all-night raves in the gym at Roberto Clemente High School, which I still don’t understand. Why would CPS even allow that? It’s a mystery to me.

Then there was Little Village / La Villita, which had a number of rave venues including The Black Hole, a videogame arcade with blacked-out windows. Chicago was (and is) a slice of Latin America in the upper Midwest, and this month’s mix explores the Latin impact on Chicago house—from its disco beginnings, to its Italian emulators overseas. 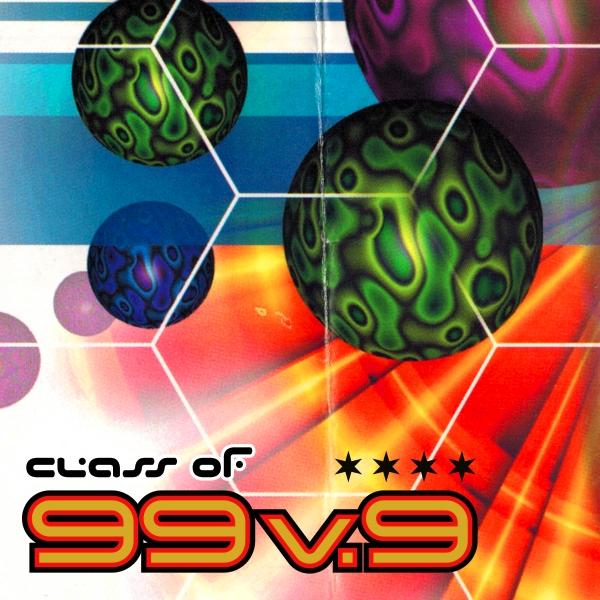 This month’s cover comes from the flyer for a 1998 Vibe Alive party called Soul Revival 3. 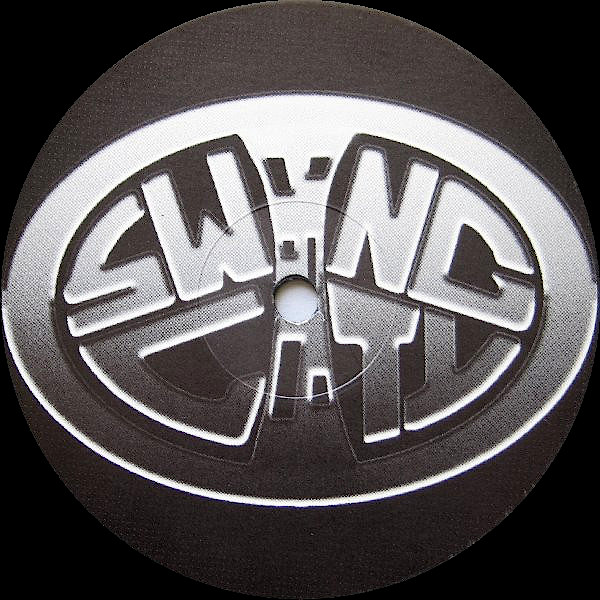 Negrocan was a South American act that put out songs in both Spanish and Portuguese. This single came out in anticipation of their second LP, which is quite good at capturing the Y2K lounge revival sound. 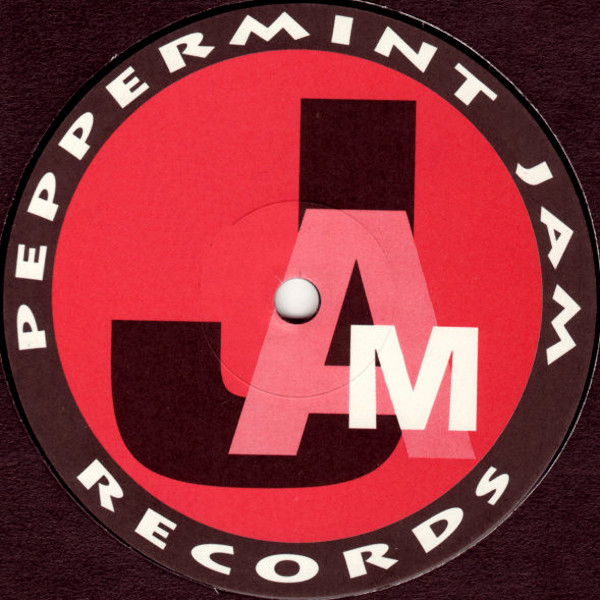 This comes from The Michi EP, which is better known for "Brothers And Sisters" on the flipside (which I never really liked).

I don't recognize any samples here, but let me know if you do. 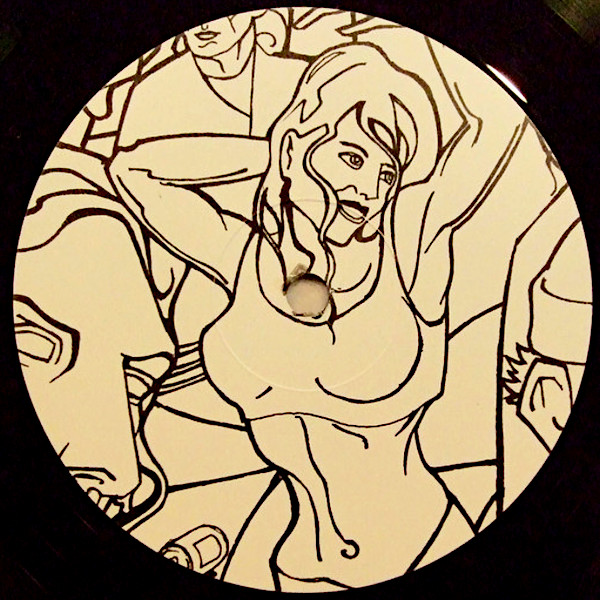 This Brazilian number comes from Italian Cricco Castelli's Thank God It's Funky LP. I don't recognize the sample so hit me up if you know it. 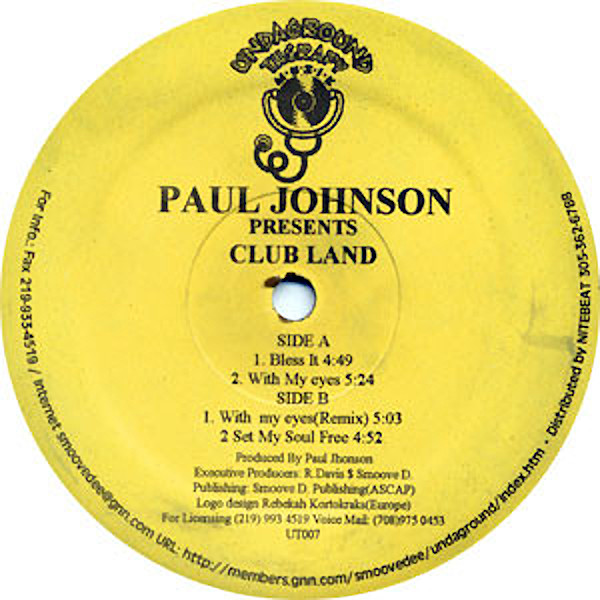 Here's another example of the Korg Prophecy, which I've mentioned before. "With My Eyes" samples the Spinners song of the same name, but PJ replays the hook with a realistic-sounding trumpet, played in an unrealistic way.

This track is off Paul Johnson's Clubland EP. The Spinners version comes from the album Dancin' and Lovin'. 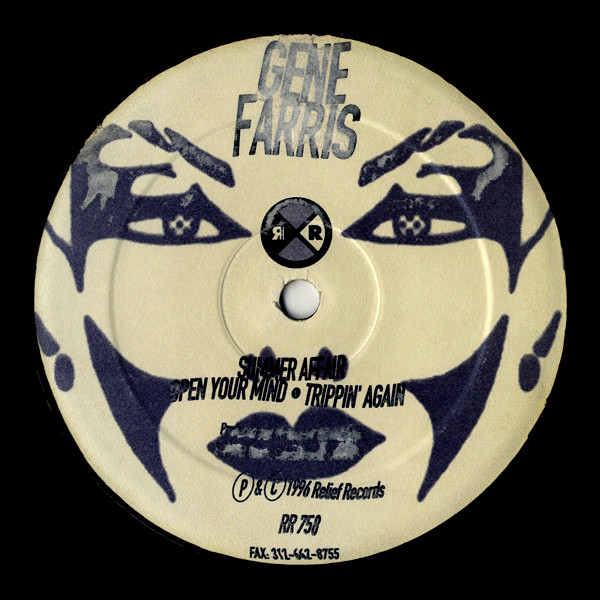 I first heard this record at Juice, an all-ages club in an unassuming, industrial part of what is now considered West Town. I don't know why Chicago had clubs where adolescents could party all night, or how that was ever legal, but Juice was an amazing club.

This place was always packed, overflowing into a makeshift courtyard that was really just the alleyway. I remember hearing "Summer Affair" drop from outside, and it luring me to the dancefloor like a snake charmer. Nothing at the time sounded quite like it, though it surely inspired the French Touch scene. You can hear it in records like 'Stardust', or 'Fresh' From Daft Punk's Homework.

"Summer Affair" samples "Do It At The Disco" by Gary's Gang, the B-side to the disco classic "Keep On Dancin'". 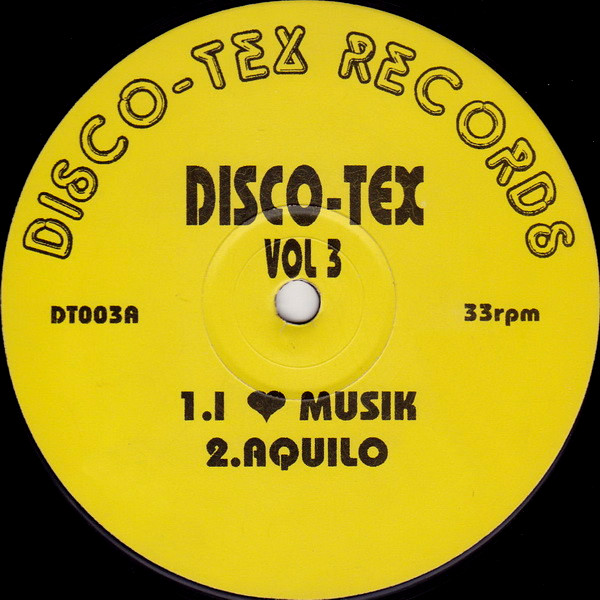 Here's another track from Disco-Tex, this time from Volume 3. "Aquilo" samples "The Samba" by The Jeff Lorber Fusion, from the album Soft Space. 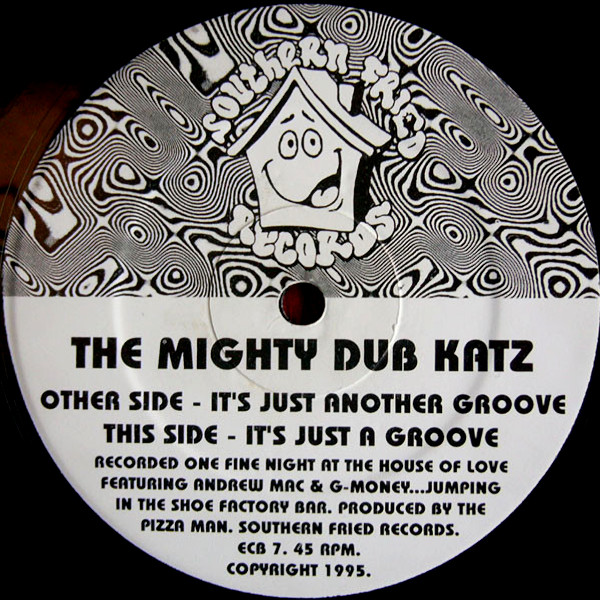 This single is known for it's much more famous "Just Another Groove". Mighty Dub Katz was another moniker of Norman Cook, who went on to make loads of money as Fatboy Slim. 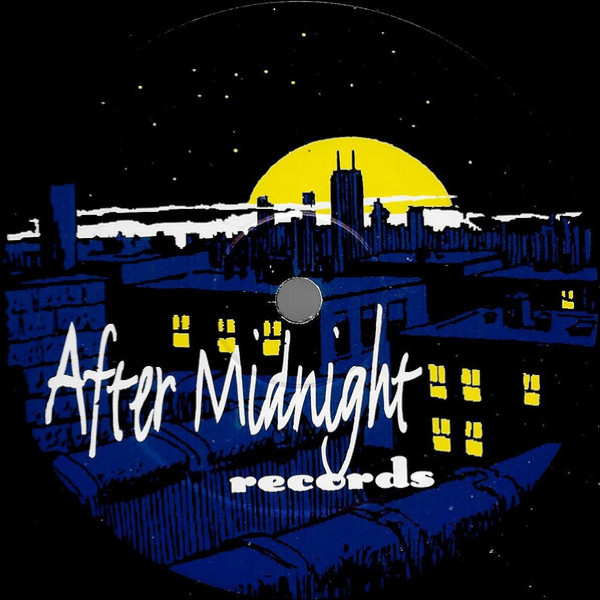 "The Innocent" is really just Derrick Carter, one of Chicago's most beloved DJs. I've always loved the over-compressed, distorted production of this record, especially compared to most of his production, which was notoriously under-compressed and quiet.

If you recognize the sample on this, let me know. I'm not as good with the Latin samples. 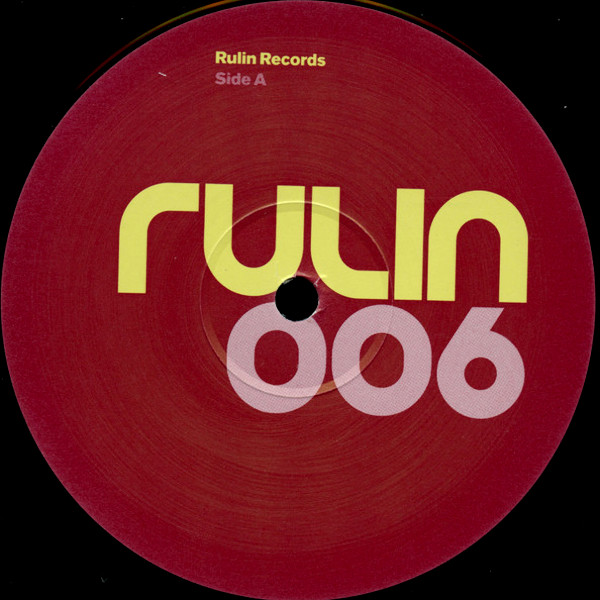 I was already out of raving in 2000, but this was definitely an anthem that summer, and got a lot of rotation at clubs and loft parties.

Afro Medusa only ever put out a few singles, including this one. 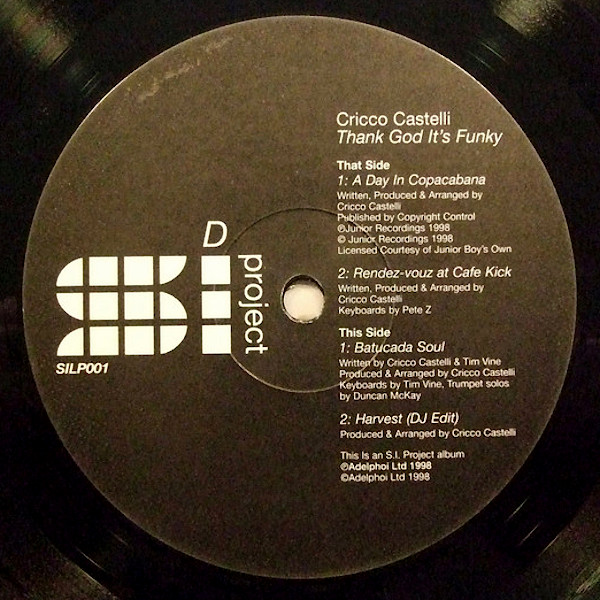 Batucada is a style of Brazilian samba, but "Batucada Soul" is much more in a Cuban mambo style, despite its name. This one comes from the highly-collectible Thank God It's Funky. 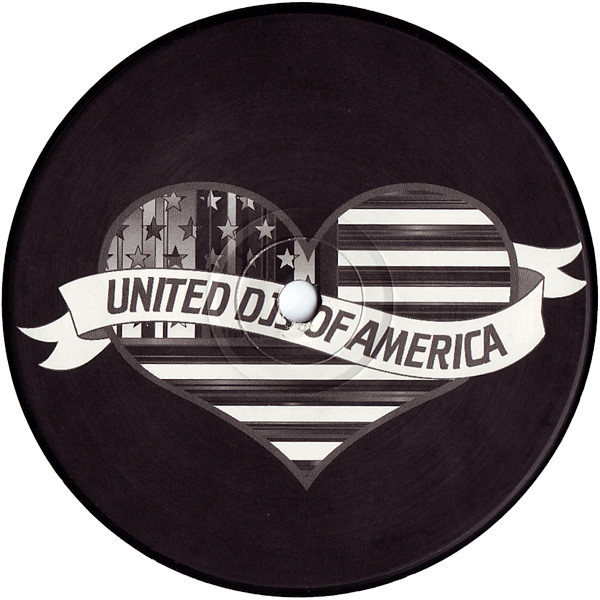 This is actually one of my least favorite filler tracks in my collection, and I only owned it because it was on the excellent Frisko Disko compilation. And yes, I admit it's not even a Latin style record. Sometimes you have to make compromises to make the mix work.

Anyway, "Scrumpin" Samples "Can You Be Yourself" by Roy Ayers, from the album Starbooty. 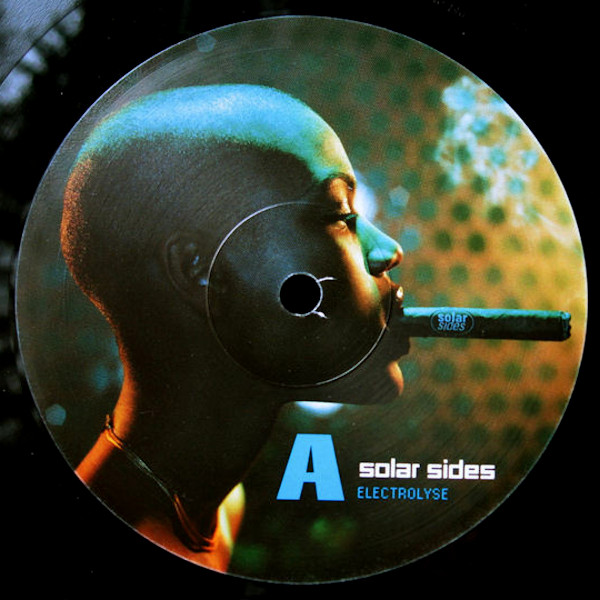 Here's another number from Solar Sides' Electrolyse LP, which is worth owning for general listening and not just for mixing. 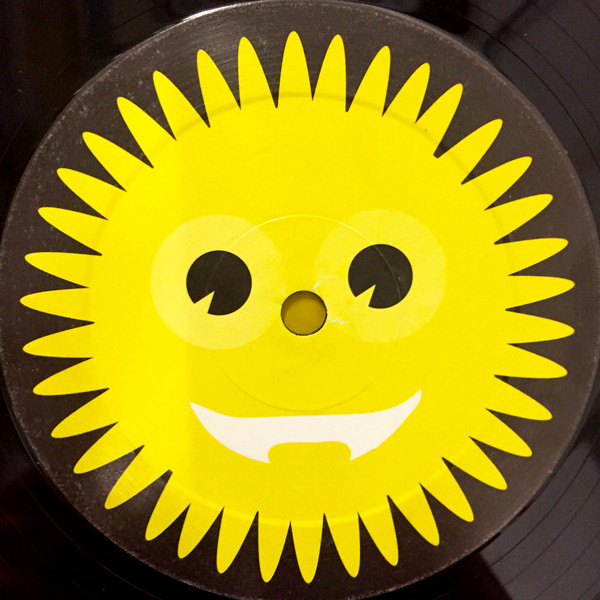 Latin Aspects only ever put out three singles, including this 12". I don't know a lot about them, except that they were a Portuguese-language act out of Italy. 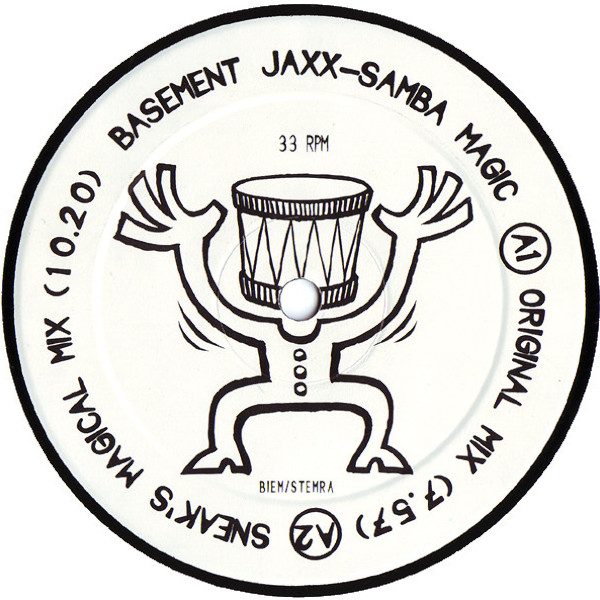 This is a record I'll always associate with Positive Thursdays, at the University of Chicago—a recurring, summertime event that deserves its own blog entry, at some point. Originally released in '95, on The Summer Daze EP, "Samba Magic" blew up in the sunmmer of '97, as Brazilian-style house became more popular.

This was often spun in the same set as the anthem "Belo Horizonti", and both sample Airto Moreira. This one samples "Samba De Flora", from the album of the same name. 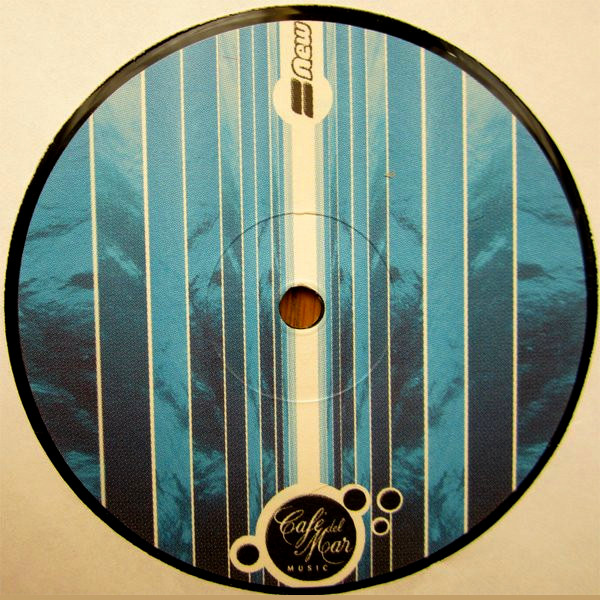 Welp, that's it. I've now spun every track on the Sun Trust EP.

"How Insensitive" is a effectively a remix of "Insensatez" by Antonio Carlos Jobim, from the absolutely essential bossa nova album The Composer of Desafinado, Plays. 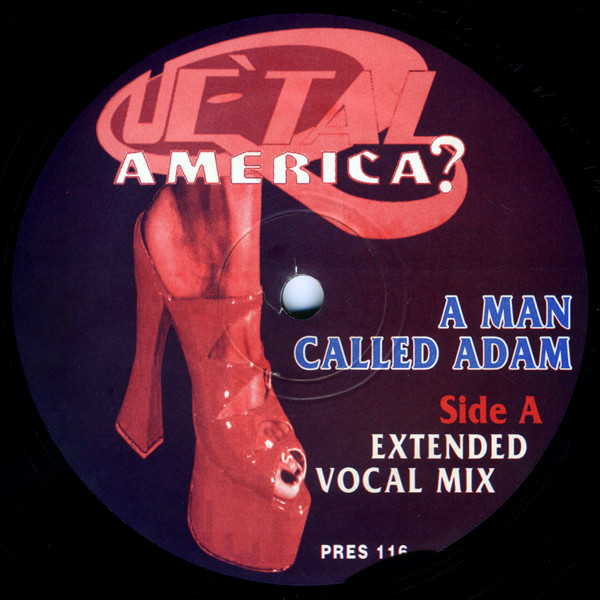 This version of "Que Tal America" diverges very little from the original disco version by Two Man Sound, which you can find on the Disco Spectrum compilation. 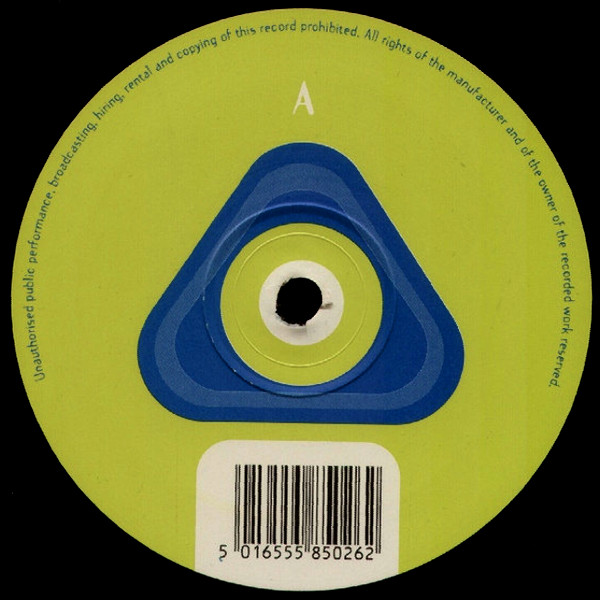 Nick Holder was part of the hit-or-miss Toronto house scene, and this 12-inch, and I'm about as ambivalent about this track as I was about Toronto house in general. 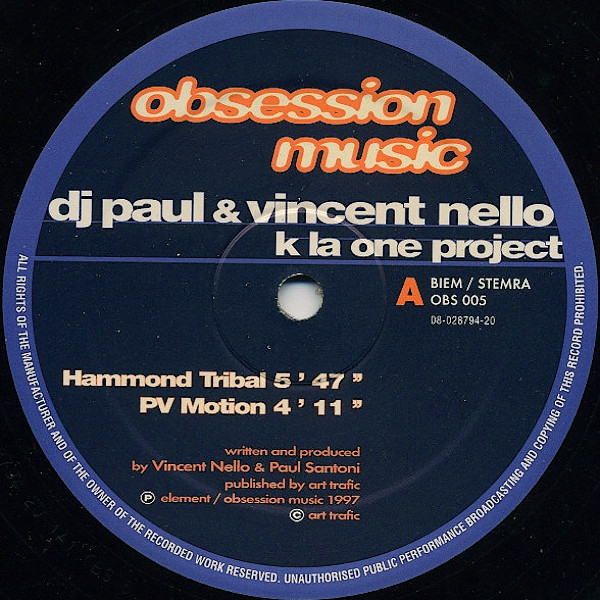 I bought this K La One Project EP for the B-side, honestly. i don't have much to say about this cut. 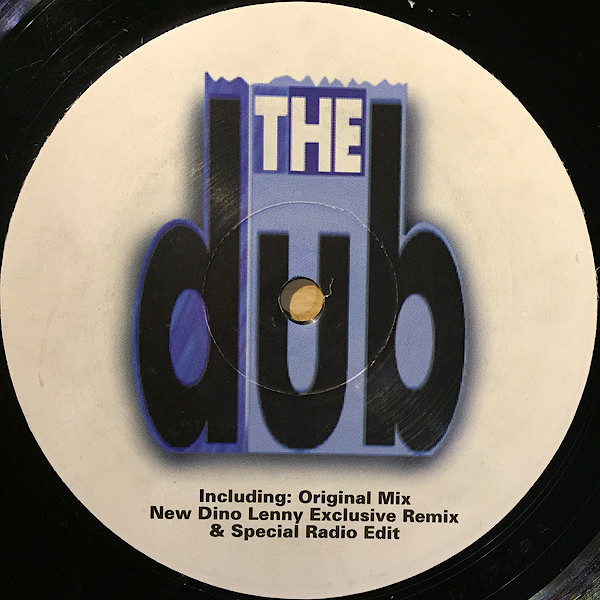 Another Latin track from Italy, this record was possibly the anthem of the summer, in 1997 (though there were too many contenders for me to say that, definitively).

"Belo Horizonti" is basically a remix of "Celebration Suite" by Airto Moreira, from the album I'm Fine. How Are You?