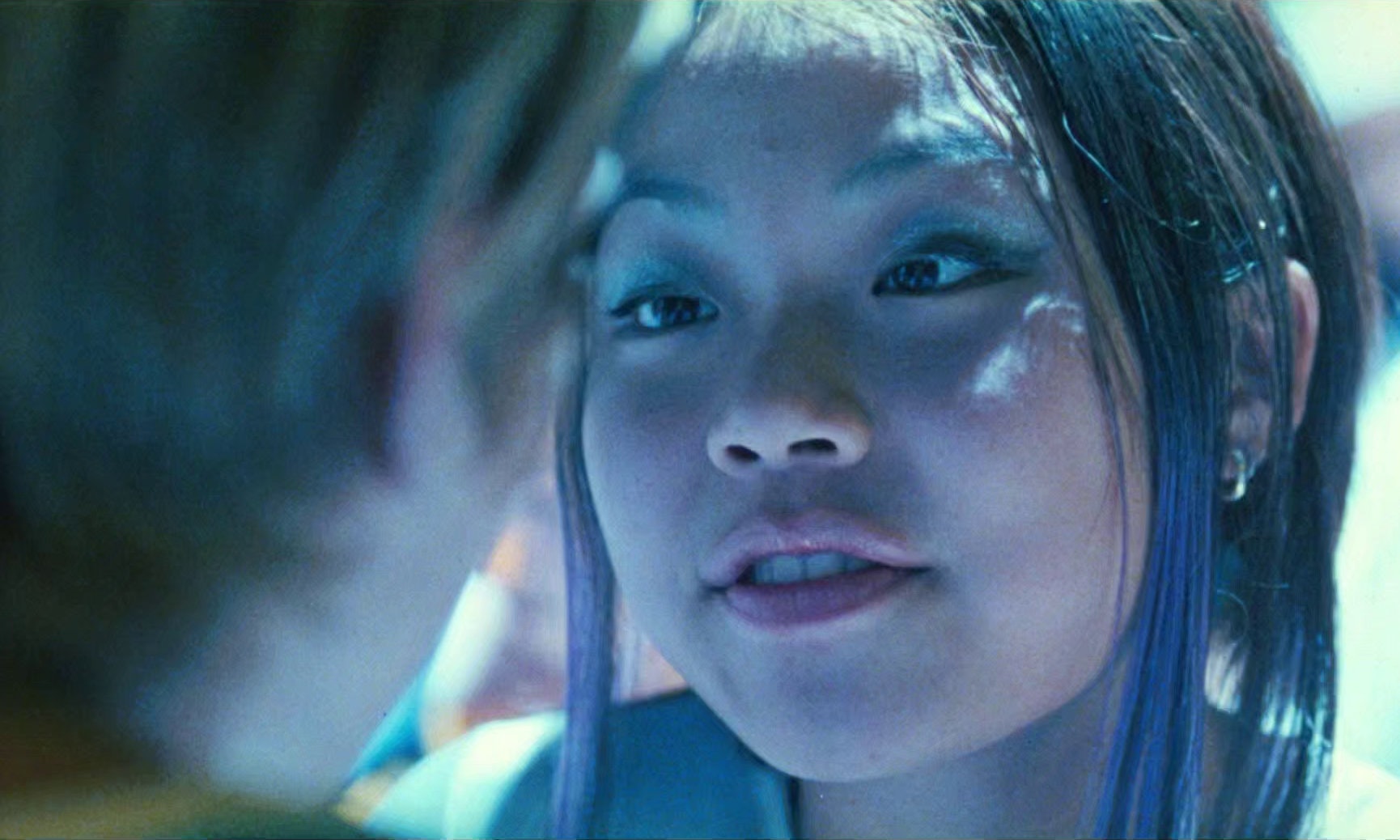 Happy new year to you all, and welcome back. I guess I’m going to dedicate this month’s mix to Flat Eric. As I have mentioned before, there was a close connection between the house scenes of Chicago and Paris, with French DJs regularly performing at Chicago raves. Sometime in 1998, Flat Eric made its way onto the scene, probably brought to Chicago by its Parisian creator, Mr. Oizo. I don’t know if there were multiple Flat Erics floating around, or just the one, but I distinctly remember a friend of mine walking around a party with this guy. On film, he seems more like a marionette, but “in person”, I remember him more like a Muppet in that one hand went in his head/mouth, and your other hand went in one of his hands, which meant that his other hand was just kind of vestigial and couldn’t be moved.

While electronic dance music never really enjoyed mainstream success stateside, it did find a home in late-90s advertising. Flat Eric seemed to disappear from the Chicago rave scene as quickly as he appeared, but in ’99—much to my surprise—Flat Eric became the mascot for Levi’s jeans. American ad agencies had apparently discovered ‘Electronica’, and were all trying to outdo each other by licensing artists like The Orb, or Moby, whose 1999 multi-platinum album, Play, probably netted more in ad licensing than in direct sales. 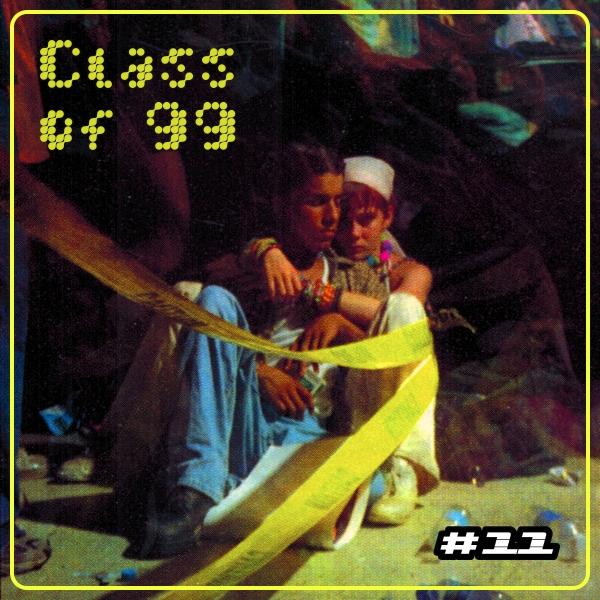 This month’s cover comes from an ad I scanned out of an old issue of Thousand Words magazine. 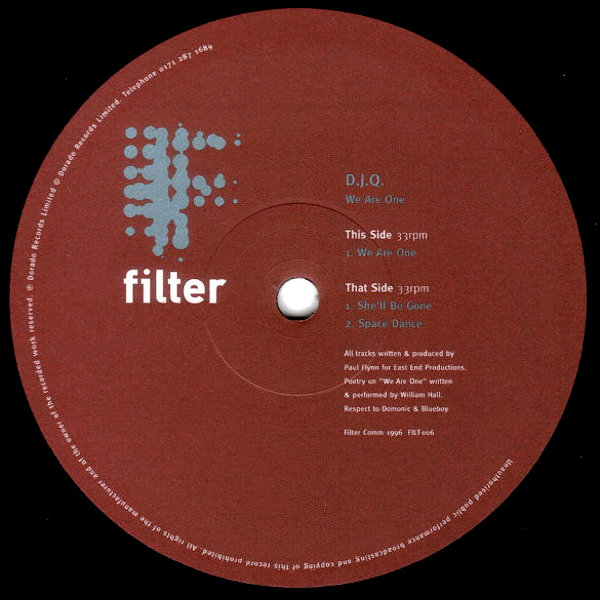 DJ Q is a producer, proprietor of Glasgow Underground records, and is apparently a poet as well. I bought this record in 1996 and never spun it out, or on a tape. It’s just too hard to fit anywhere, other than the beginning of a mix, since it’s basically a stripped-down loop without even a drum track. And since Justin Long had a tape circulating which opened with this, I didn’t want people think I was biting him. And yet, here it is as this month’s opener.

You can get this track on DJ Q’s Face The Music album. “We Are One” samples “Wide World of Sports” by Instant Funk, off their eponymous third album. 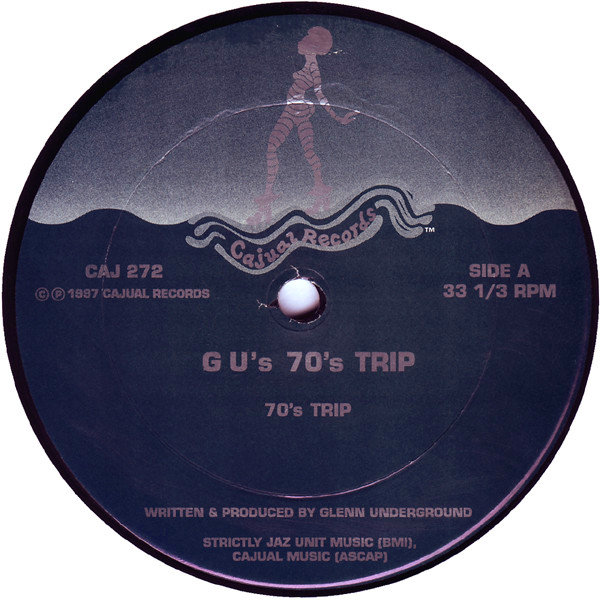 Here’s another tune from Chicago’s Glenn Underground, off Chicago’s Cajual Records. The ‘vibraphone’ solo is nother example of a 90s synth sound whose timbre closely matches the original instrument, played in an unrealistic way. This cut is from the GU’s 70s Trip single. 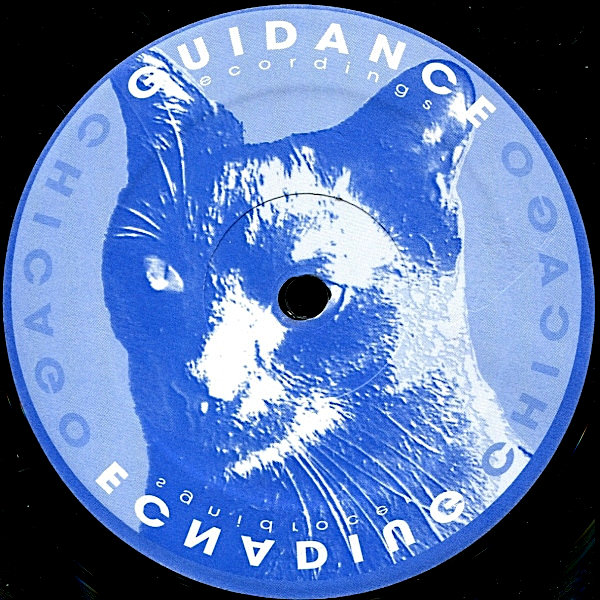 Here’s another Scottish producer. Blue Boy released very little material, but this EP, as I mentioned before, included the surprise hit “Remember Me”, which became an international downtempo anthem.

“Funky Friday”. Samples A Funky Space Reincarnation by Marvin Gaye, from the album Here, My Dear.

From the compilation Fiat Lux Racing Team ’99. “Sea, Sweet and Funk” Samples “By All Means” by Alphonse Mouzon, from the album of the same name.

The dialog seems to comes from the movie Sex, Lies and Videotape. I haven’t seen the movie, but the dialog is on an old freestyle record of the same name, by Ian Lyce. 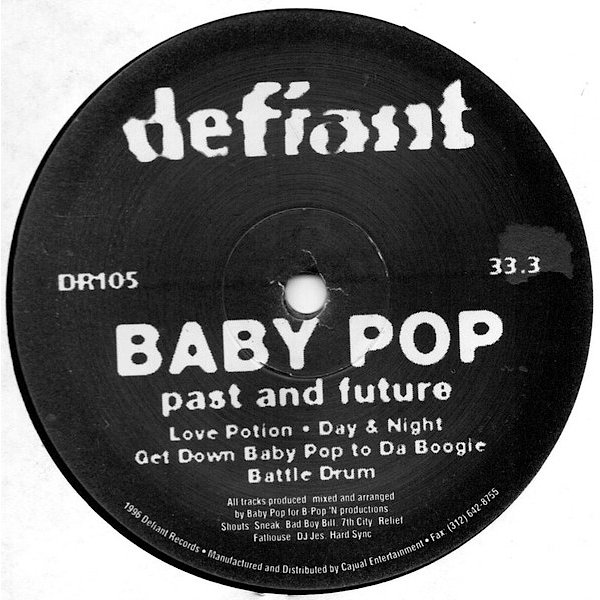 Little is known about the elusive Baby Pop, except that he’s from Chicago and his records were fairly rare and sought-after. “Love Potion” somes from the Past And Future EP, and I have no idea what it samples. Let me know if you do. 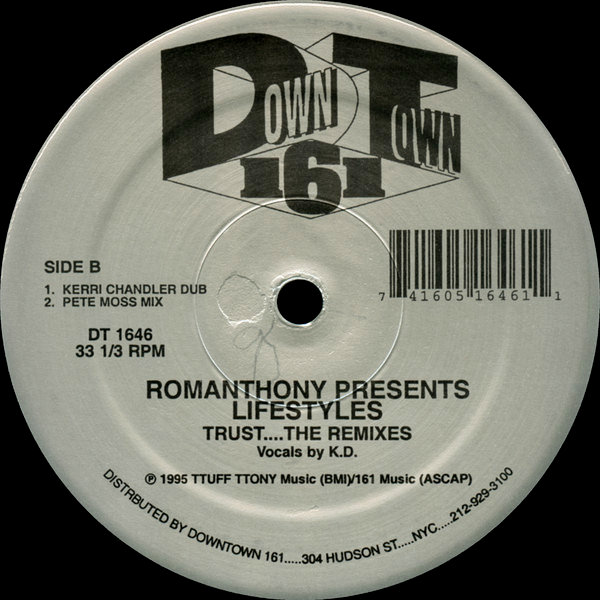 New Jersey’s Romanthony was a renowned vocalist in his own right, but many of his albums featured other talent and were released under pseudonyms (like “Phatt Pussycat”). This version of “Trust” comes courtesy of Jersey’s Kerry Chandler and you can get it on a remix double album. 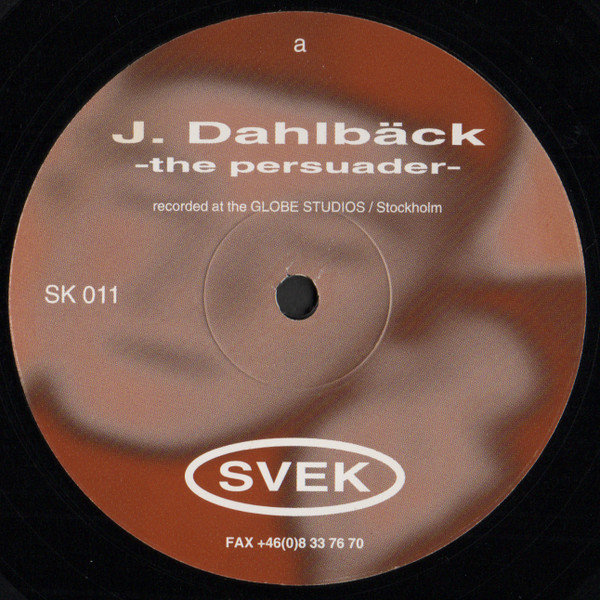 Jesper Dählback was part of the Scandinavian dance scene, as exemplified by his label Svek records. DJ Sativa, who worked at Gramaphone records, used to push this record hard, which probably led to it selling out and becoming rare in Chicago.

Though not listed on the label, this track is from an EP called The Persuader. I don’t recognize the sample, but the vocal sounds like Teddy Pendergrass to me, or maybe Harold Melvin. Let me know if you know. 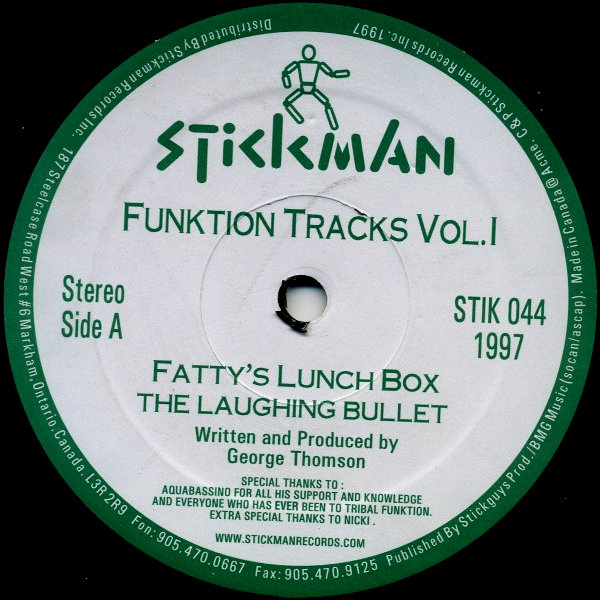 Yet another Scottish producer. I spun one of his psuedonymous releases last month. This record’s a little unconventional, in that it lacks any clap or snare on the downbeat. Thomson released a lot of stuff on Canadian labels like NRK, Aquarius and Stickman (which is where this EP was released). Maybe I’m warming up to the Toronto scene, in retrospect. 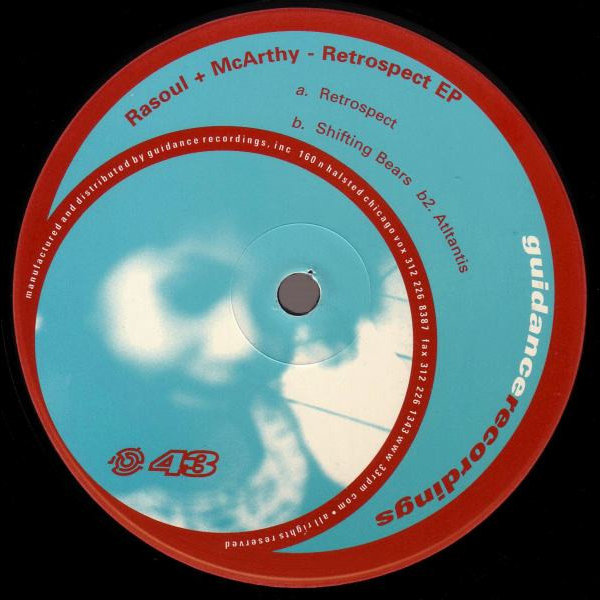 This release came out on Chicago’s Guidance Records, though Rasoul was from San Fransisco. It didn’t get a lot of play at the time, but is now considred a 90s deep house classic. 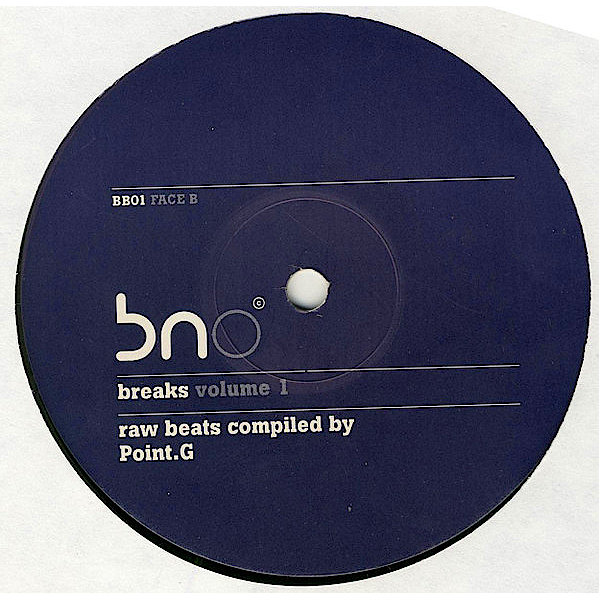 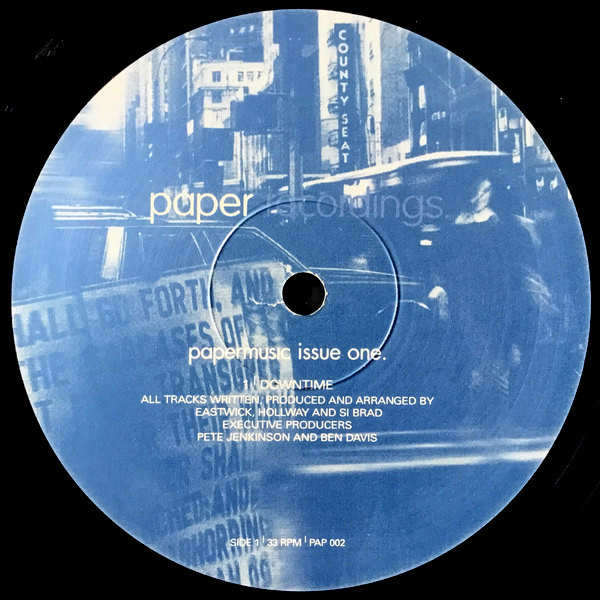 Here’s an example of a record that wasn’t necessarily a crowd favorite, but was highly “critically acclaimed” by DJs, who seemed to love this track. I think the reason is that it’s nondescript, but there’s just enough going on to keep it interesting; it mixes well with a lot of other records; and at 10 minutes length, it actually gave the DJ a chance to step back for a few minutes. Maybe that was the point of the track, hence the name.

“Downtime” comes from one of Paper Music’s first releases, entitled Issue One. 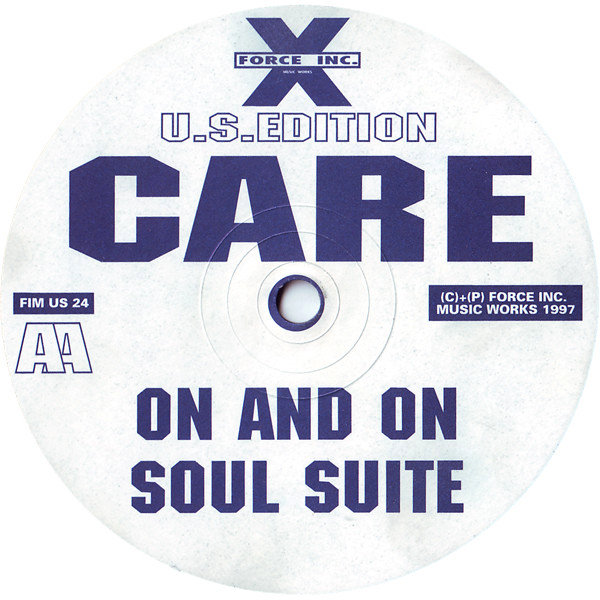 “Soul Suite” is the B-side to a single called “Careless Whisper”. It’s one of many House tracks to sample ‘Looking Up to You’ by Michael Wycoff, whose riff was most famously looped by Zhané for the song “Hey Mr. DJ”.

“Looking Up To You” is on Michael Wycoff’s album Love Conquers All. 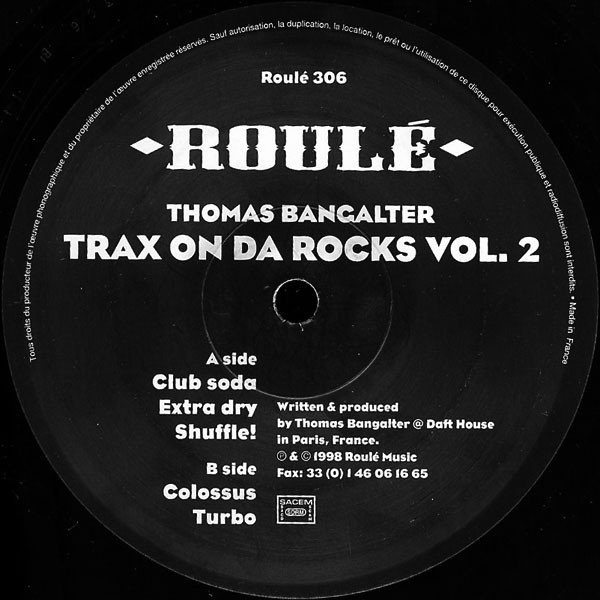 This song comes from the much-anticipated sequel to On The Rocks, from Daft Punk’s Thomas Bangalter. An unconventional record, this one has a decidedly un-housey beat and a 4/3 rhythm signature.

“Club Soda” samples “I Just Wanna Dance With You” by Starpoint, from their self-titled LP. 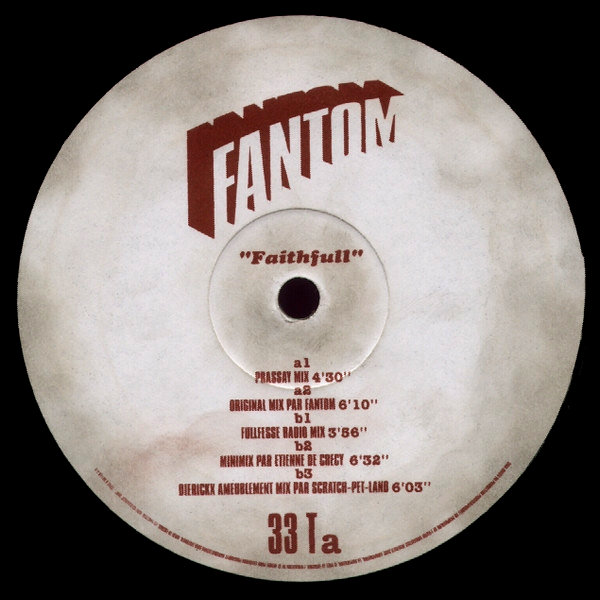 Another French stomper that was a big hit in 1997. And, like Disco Cubizm, I always preferred the original to the more popular remix. You can find both on the single for “Faithful”, which samples “At Midnight” by T-Connection, from their self-titled album. 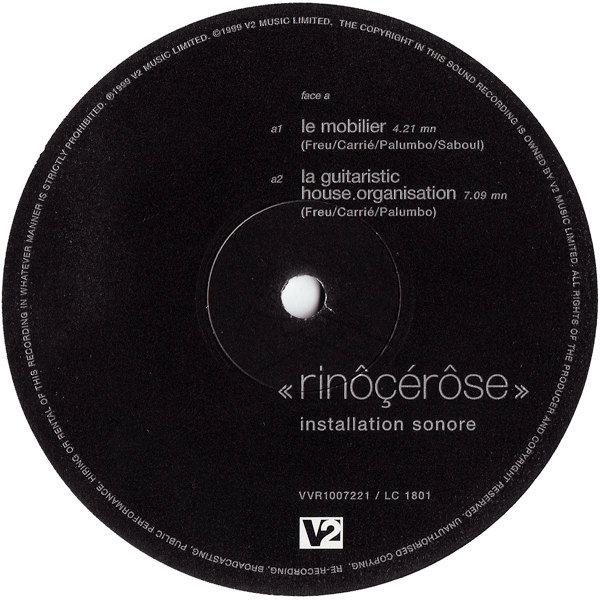 What else can I say about this album that hasn’t already been said? Once again, you can get all these great tracks off the album Installation Sonore. 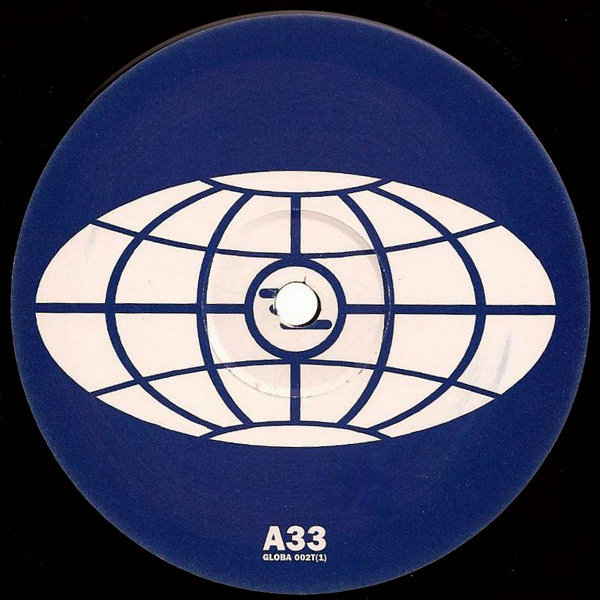 This single is apparently fairly rare, these days, but was a huge hit back in the day. This one was also a little unconventional on the dance floor, mostly because of the thin kick drum.

“The Way” samples “The Sweetest Pain” by Dexter Wansel, from the album Time Is Slipping Away. 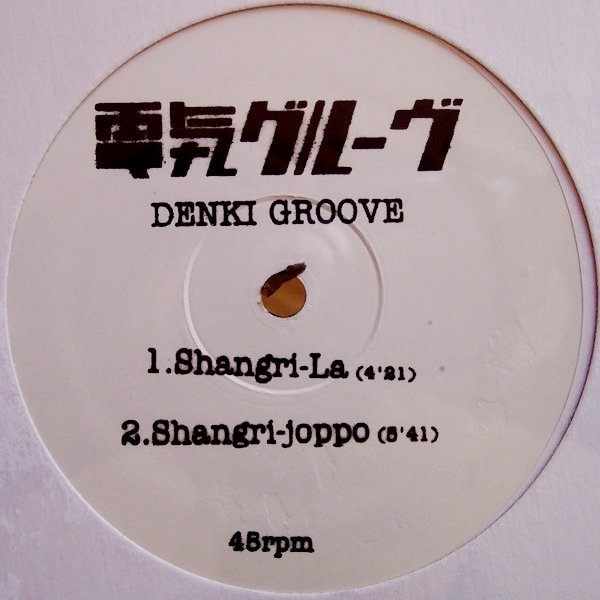 Denki Groove’s frontman, Pierre Taki, was in the news semi-recently when he was arrested in Japan on suspicion of cocaine possession. Not for driving under the influence, or disorderly conduct, drug dealing, or even possession—simply for suspicion. And for this, Sony Japan stopped distributing or streaming Denki Groove’s music.

This song is from an album called A. It samples “Spring Rain” by Silvetti, which you can get on an excellent Salsoul compilation put out by Mastercuts.