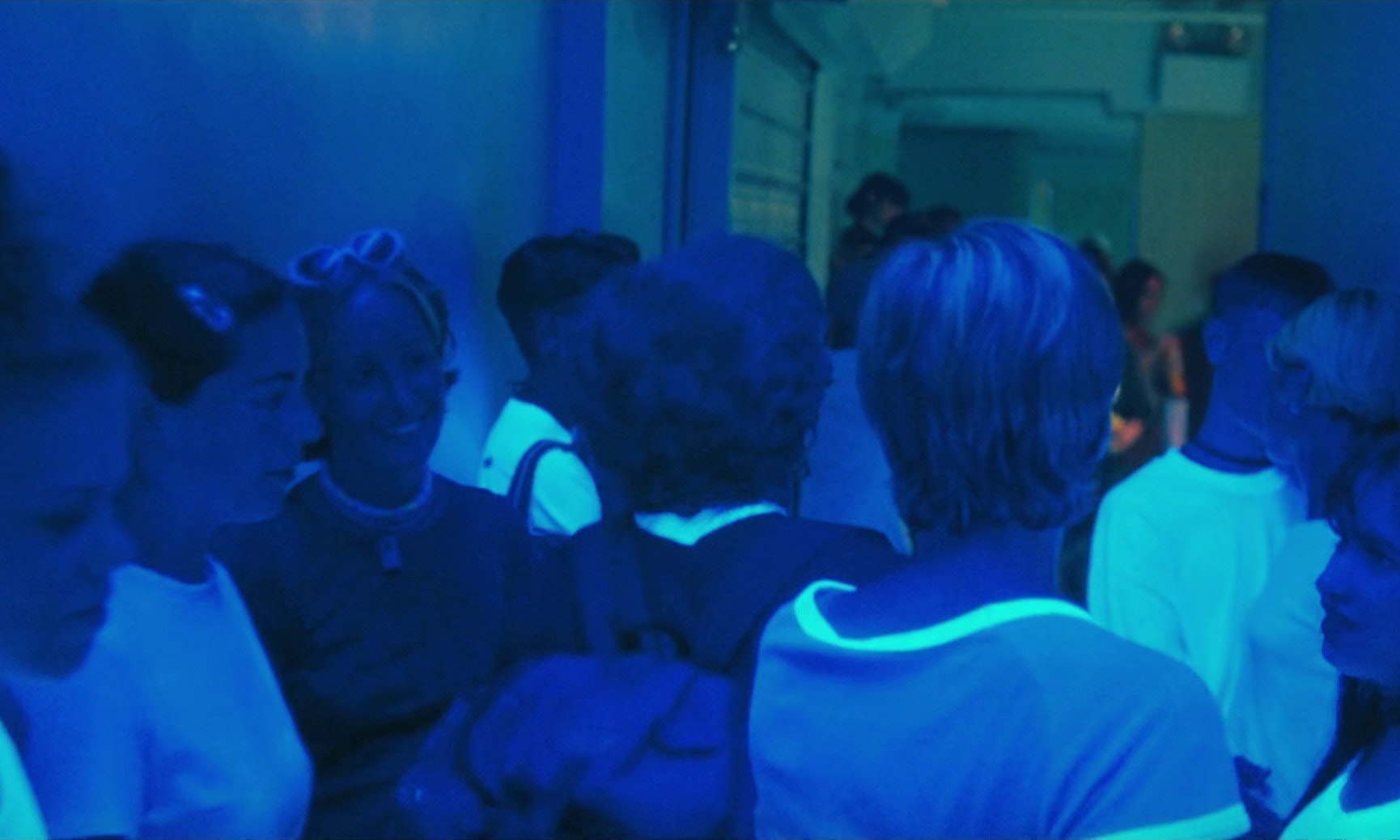 1999 was the year my rocket to stardom blew up on the launchpad. I had a demo tape circulating in ’98, that I made at home with a Roland Groovebox and a Dr. Sample. Somehow my tape made it into the hands of an A&R guy, who passed it to a producer named Manny, who hired me as a producer in his studio. Manny was one half of a House duo called 20 Fingers, who scored a series of gold records, including “Lick It” and “Short Dick Man“. This was definitely not my style, and Manny brought me on because he wanted to do something more “underground”. But then he mostly had me working on these kinds of records. I didn’t really want to remix songs about dry pussies and short dicks, but hey, a job’s a job.

One time, Manny asked me what my stage name was going to be. I told him I was going to have to think about it, because I didn’t actually have nom de guerre, but I didn’t want to release records as Morgan, which is my actual first name. One day, I was in the studio and saw the talent roster he had sent out to all the labels. He listed me on there as Morgo Deep.

“What the fuck is this?” I asked him. “No fucking way am I going to go as ‘Morgo Deep’!” Manny insisted that this was a hot pseudonym. “Man, you’ll be up on stage, behind the decks, and all the girls’ll be like ‘Go Deeep! Go Deeep!'” After this, it was all downhill between me and Manny. My performance in the studio was generally lackluster, and he eventually dropped me from his lineup.

This volume is entitled “Go Deep”, in honor of Manny Mohr, who gave me my first big break in the music industry (which I squandered). It’s also named after The 1998 Janet Jackson video in which a mob of ravers trash some kid’s house when his parent are out of town (I can attest to this happening many a time, irl).

The cover art for this volume comes from a flyer for Ladybug2, designed by Ladybug Collective. My girlfriend had this flyer taped to her wall, and I was always jealous that I didn’t have it my collection. It’s significant because it was the first flyer (to my memory) that employed this Designer’s Republic aesthetic, a trend that would last through the 90s.

Ladybug2 was a rave that would live in infamy. I didn’t go to 1 or 2, but this is the story I remember: Ladybug 1 was an unprecedented success, considered by many to be the best Chicago rave to that point. There was massive hype and anticipation for Ladybug2, with a star-studded lineup that included Keoki, the high-profile club kid and self-described ‘Superstar DJ’, and actual superstar DJ James Christian.

Co-organized by multiple promotion companies, and sponsored by multiple record labels, Ladybug drew the largest crowd of any Chicago rave to date. And then it got busted by the police, and shut down — hard. Normally, when the cops shut down a party, they would just tell everyone to leave. Worst-case scenario, they would see some dealing and arrest a few people. But this time, for some reason, they detained large numbers of kids, made them sit against the all, brought in a fleet of paddy wagons and performed mass arrests. If anyone was there, or knows more details about Ladybug2, please chime in. 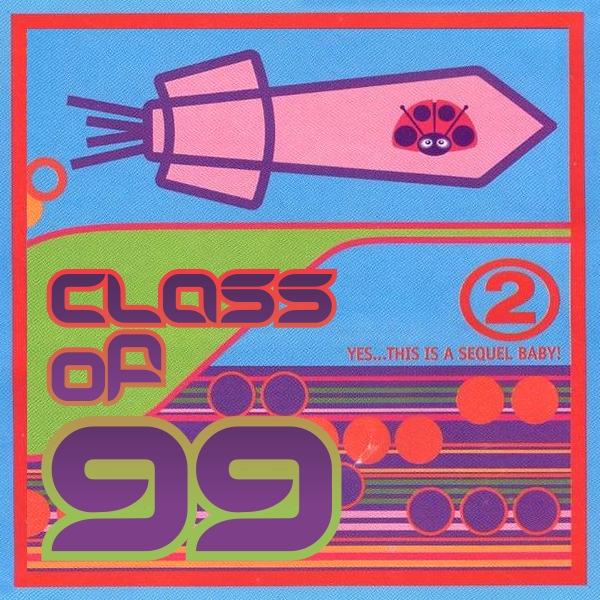 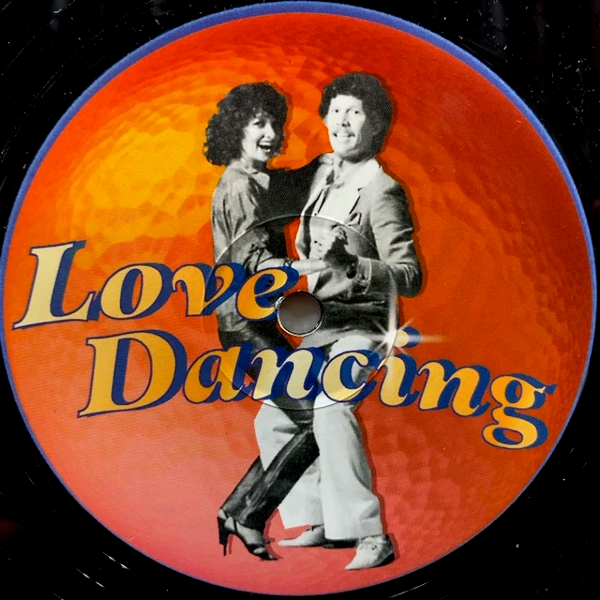 Rare and sought-after disco dub from producer / guitarist Ray Mang. Heard on a popular Ian Pooley mixtape called ‘Live At The Trax’. “Love Dancing” loops “Let’s Lovedance Tonight” by Gary’s Gang (which itself borrows from The Hustle just a little bit). You can find Love Dancing on Discogs, and if you want the Gary’s Gang record, I would recommend this Sam Records compilation because it’s a better mix and there’s some other great disco cuts on there as well. 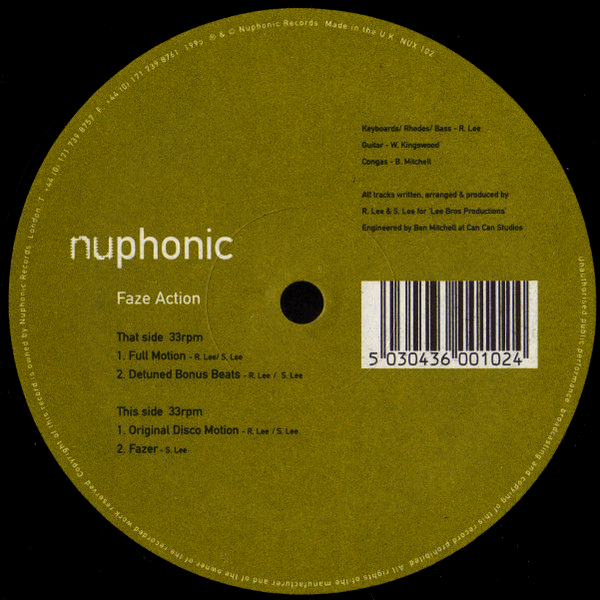 Another early House Fusion record. Faze Action had a slew of minor dancefloor hits, and while their style was understated, they were a proper band who played all their own instruments — so I’ll give them credit for that. I owned this on the amazing Masters at Work compilation, Mad Styles and Crazy Visions. 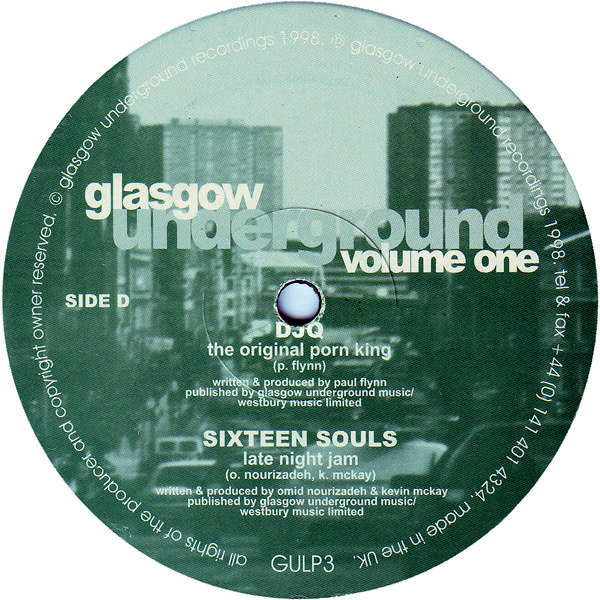 Another understated original from DJ Q’s Glasgow Underground. Pick it up as part of Mark Farina’s Frisko Disko compilation. 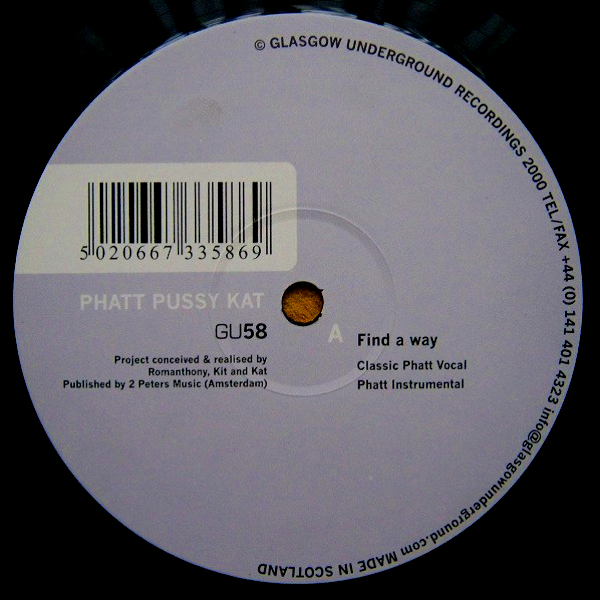 House/R&B crossover act produced by the late Romanthony, who went on to sing ‘One More Time’ for Daft Punk. I was reading an old issue of Massive, the Milwaukee rave zine, and someone writing in described ravers as ‘preppies on acid’. I think there’s some validity to that characterization, and while rave was a true counterculture, and underground House had a very particular sound, party kids were still pretty receptive to this kind of straightforward, R&B-influenced vocal House. This vinyl is easy to come by, and pretty inexpensive. 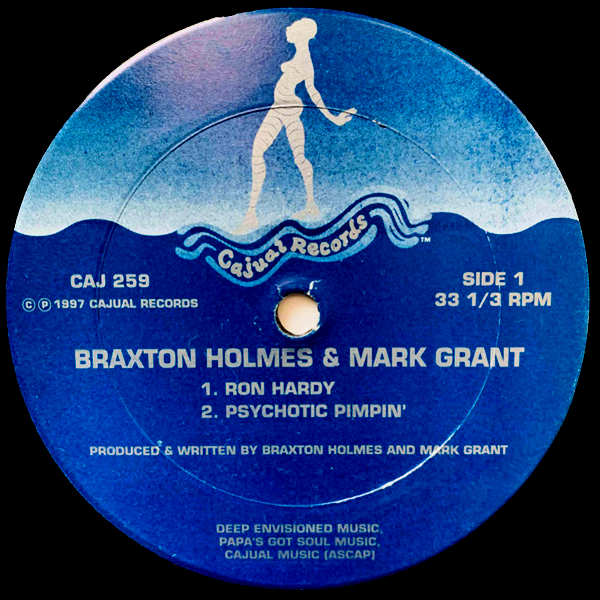 Cajual Records might have been Chicago’s most important second-wave House label. Founded by Cajmere, one of Cajual’s earliest releases was “The Percolator” which absolutely blew up and spawned Chicago’s “perc-u-lator” dance craze.

Braxton Holmes had a string of popular cuts he produced in collaboration with Mark Grant, Dewey B., and others. “Psychotic Pimpin”, which you can buy for a lot of money on Discogs, samples “Far Out” by The Crown Heights Affair. If you want the original, I recommend their edition of the Essential Dancefloor Artists series. 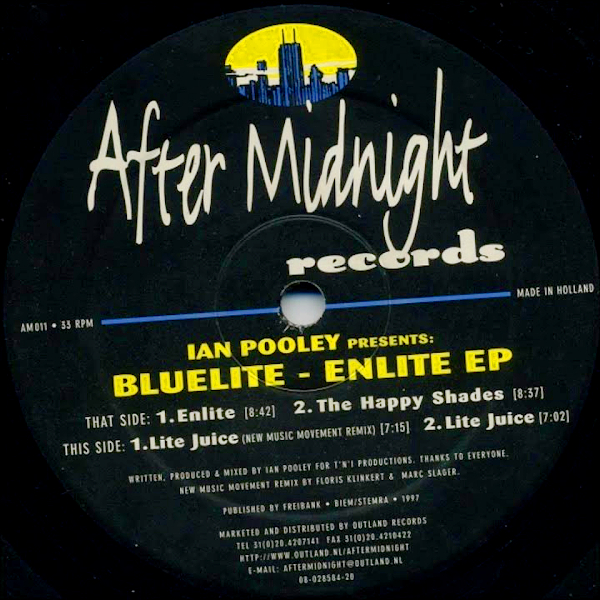 I once read an interview with Ian Pooley, where he said he never spent more than 2 hours producing any one track. I believe it, because all his productions had a very off-the-cuff feel where he had a novel idea, and put it out there without over-producing it.

This track is unusual in that it samples records that had just come out, like “Never Miss The Water” by Chaka Khan. The “Just Say” sample is definitely “Just say that you need me” From The Cardigans’ Lovefool. You can get The Enlite EP for cheap. 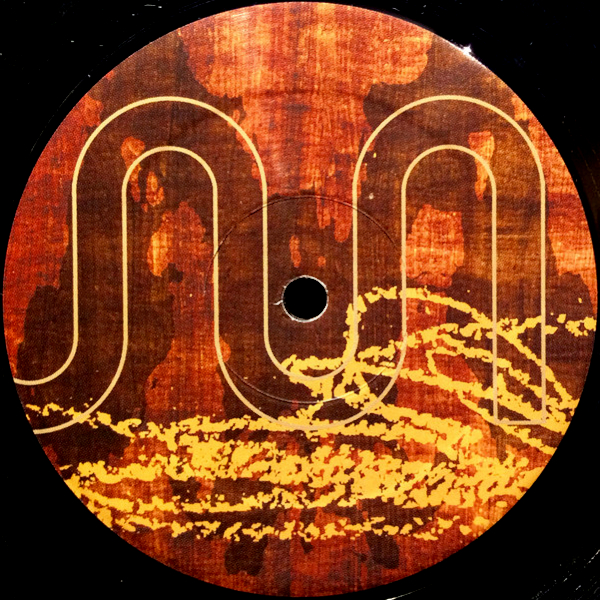 A lot of DJs grabbed this record because it included a remix of “Higher”, from Ricky Bradshaw’s rare and out-of-print Cosmic Baby EP. This track also got a lot of rotation, though it is slightly out of tune with itself (the guitar is too sharp and the keys are too flat). This one samples “I’m Gonna Get You Baby” by Johnny Guitar Watson. I only kind of know how to play that style of guitar, and it’s really difficult. You have to hold the top three strings in such a way that you form an octave with the first and last strings, you mute the middle string with your finger so it doesn’t ring out. I don’t know if there’s a name for that style, but you hear it on a lot of Disco and Jazz-Funk records.

The Jump? Skip! EP is easy to obtain, but the Johnny Watson record is pricier. 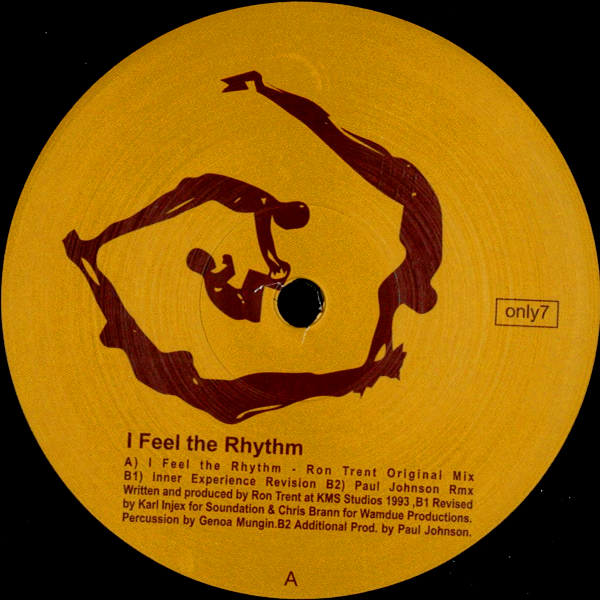 This one was floating around in different incarnations, throughout the 90s: first under the moniker Nagual, in 1993; and again in ’95, on a record entitled “The Nature of Retribution“, with no track names or artist credits. My friend Mike owned the latter, and which appears again on this 12” as the “Paul Johnson Rmx”.

All three records are fairly rare, but this one is available for purchase. 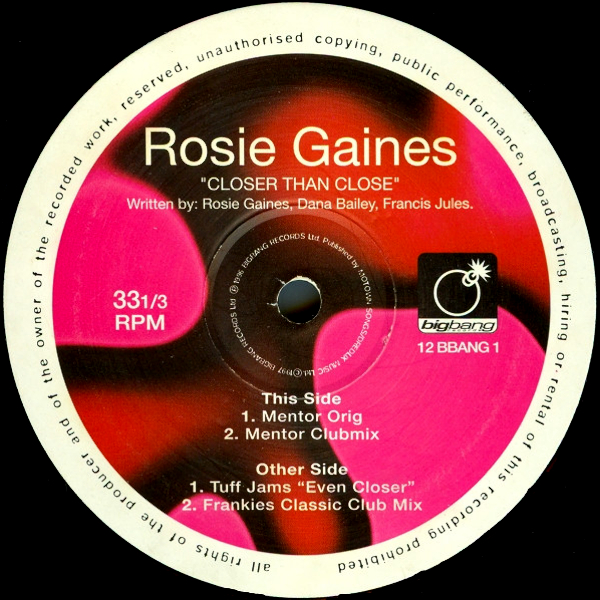 If you look for this record, you will find two versions that are virtually identical. The one difference is that one version has natural sounding vocals, and this one has this vibrating tremolo. There’s an interesting story behind this:

Prince had a number of female protégés in his career, including Vanity, Apollonia, and Sheila E. Well Rosie Gaines also debuted under Prince, as part of his New Power Generation, for the song Diamonds and Pearls (which I’m not going to link, because it sucks).

After her stint in NPG, Rosie recorded a solo album of dance and R&B records. She originally sang over “Closer Than Close” as a downtempo number, and someone in her studio—presumably, her producer— timecrunched the vocal track to fit it into a much faster House track.

This record absolutely caught on like wildfire, especially in Britain, and is considered one of the biggest House classics of the 90s. Rosie Gaines, however, was reportedly furious that they altered her voice, rather than having her re-sing the vocals, and wanted the record recalled. There was no putting this genie back in the bottle, however. She did re-record the vocals, but DJs always preferred the bootleg with the weird vibrato. If you want to pick this up, make sure you find a copy with the ‘Mentor Original’ mix. 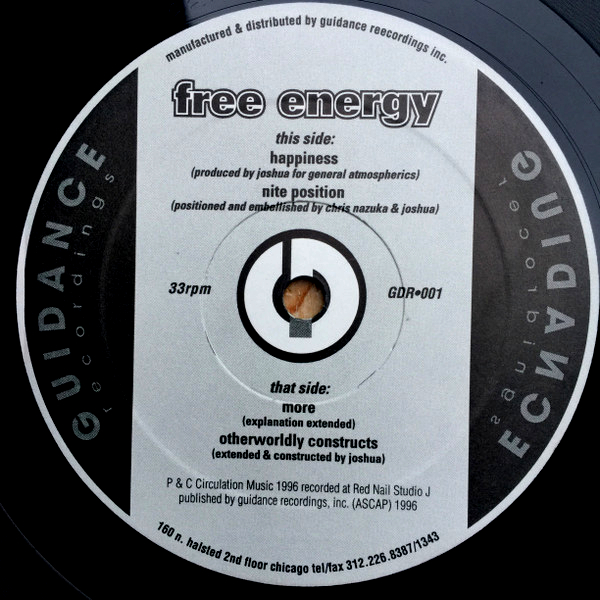 Free Energy was a pseudonym for Chicago’s Joshua Michaels, who did a number of amazing remixes, and who released records as one half of Iz and Diz. If you can get your hands on this record, do so because all four tracks on this release are excellent. 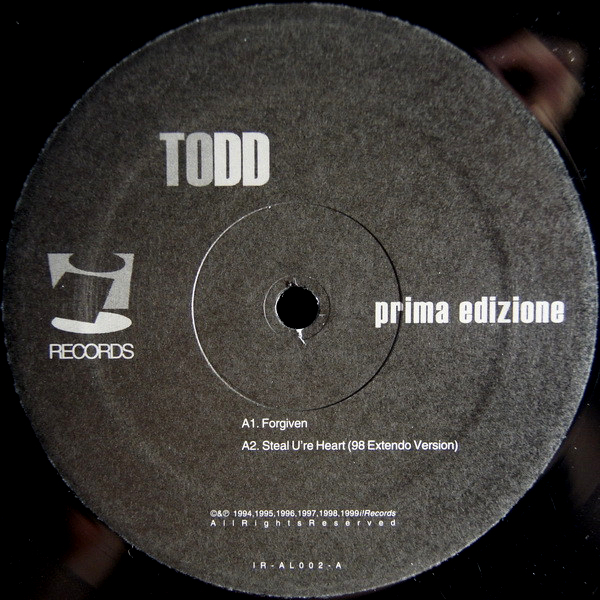 Great UK Garage record from the incomparable Todd Edwards. I don’t recognize any of the samples on this one, but if you have any tips, please leave them in the comments.

I used to own this on Prima Edizione an amazing double vinyl compilation that’s virtually impossible to find now. 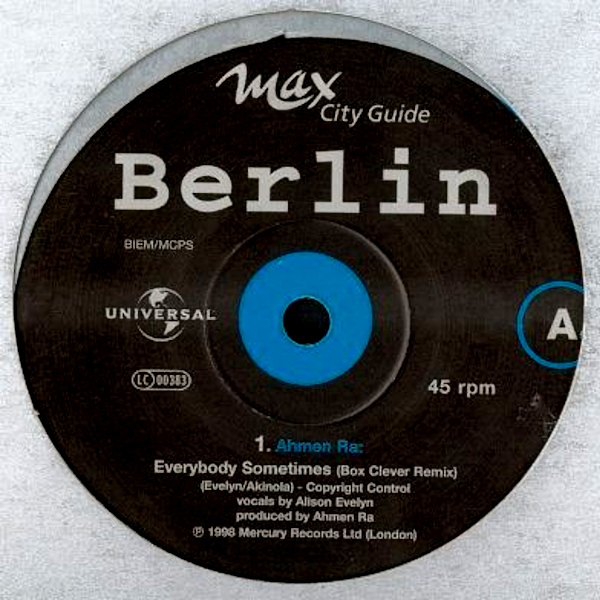 Another downtempo record, remixed with timecrunched vocals. This time, it seems like Box Clever used a different algorithm because you don’t get any unnatural vibrato, but it’s almost like a chunk is cut out of every syllable, or something. I can’t put my finger on it, but the vocals seem to almost overlap in places, or halt abruptly. It’s like a Todd Edwards record, but instead of cutting up samples into tiny pieces and rearranging them, the original vocals are ‘rearranged’ into their original sequence.

If want this one vinyl, get it as part of this Max City Guide Berlin release. 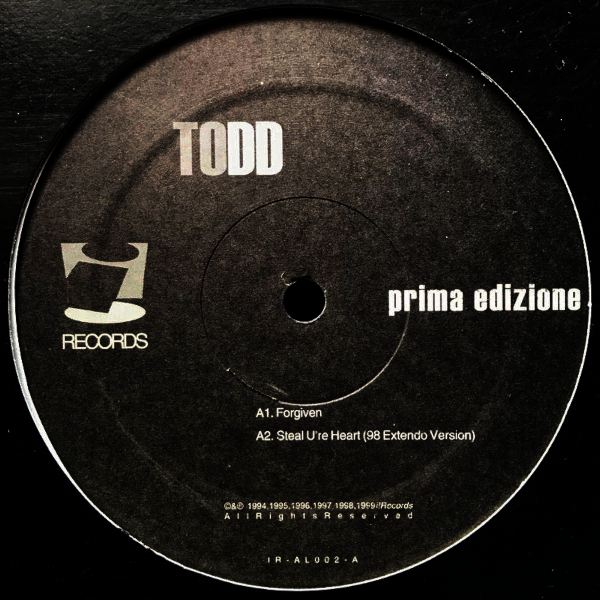 Another cut from the aforementioned Prima Edizone, by our man Todd Edwards. “Steal Your Heart” samples “Ooh Boy” by Rose Royce, and two tracks by Patrice Rushen: “Where Is The Love?” and “Take You Down To Love”.

While you can’t get Prima Edizone on Discogs, you can get Rose Royce and Patrice Rushen. 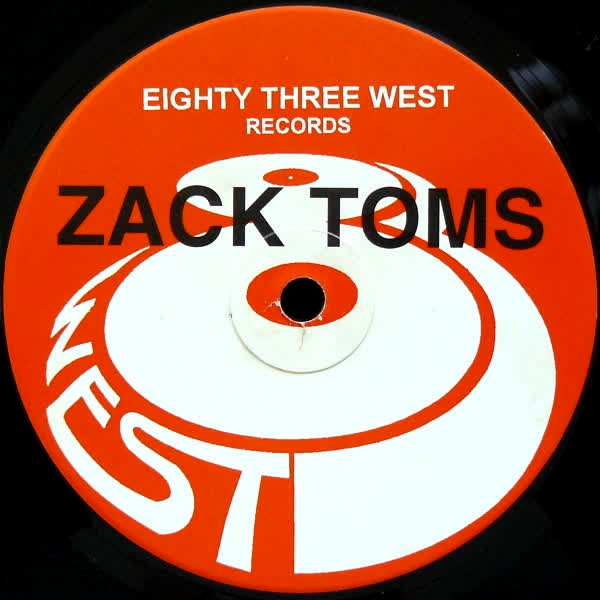 This track comes from Zak Toms’ Filtered Juice EP and Samples “Take A Stand For Love”, an early 90s club track by Gerideau. 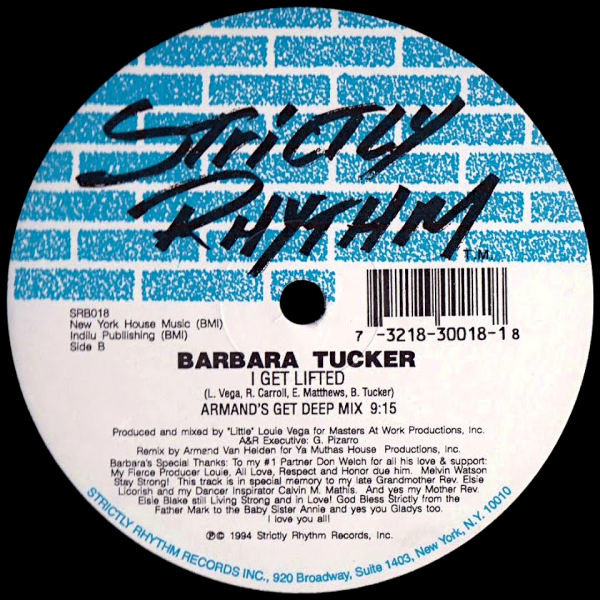 This one was a favorite of House DJs—this version, and the minimal Duck Beats on the flipside. I first heard this when I was 15, on Frankie Knuckes’ United DJs of America 4. I looked for this record for years, and could never find it. I used to spin with this kid named Andrew, who had a club night somewhere in Boystown. I remember riding shotgun with him one night and spotting this in the resident DJ’s crates. I’m not proud to say that I stole this record from the other DJ, and when Andy saw it in my crate he demanded to know where I got it. I confessed that I lifted it from the club, but I apologized and promised to return it. I never did, though. Andy stopped being friends with me, and I guess I don’t blame him. Chicago ravers had a reputation for being shaaady, and frankly, we kind of deserved it.

You can obtain this record—legitimately—on Discogs. 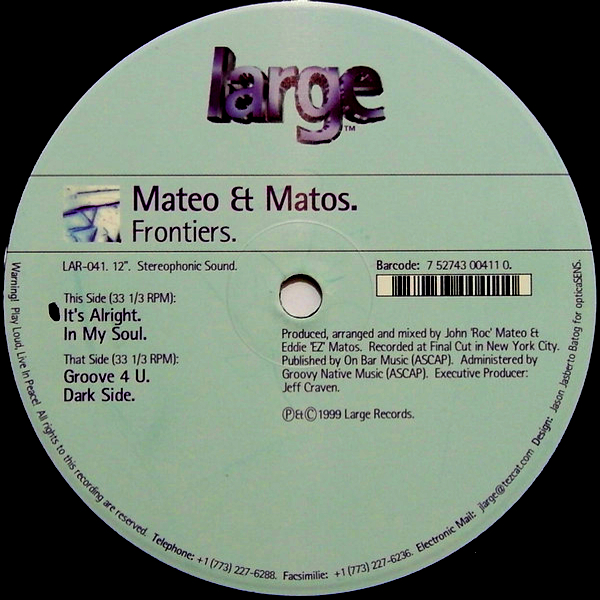 Another entry from Mateo & Matos’ Frontiers EP, on Large Records, which I’ll argue was Chicago’s 2nd most important label from the era. Like I mentioned in Volume 1, the vinyl for this is pretty inexpensive.

Excellent release from Italian producers Sun Trust. Like the previous EP, every track on this one is worth spinning. Pick it up if you can. 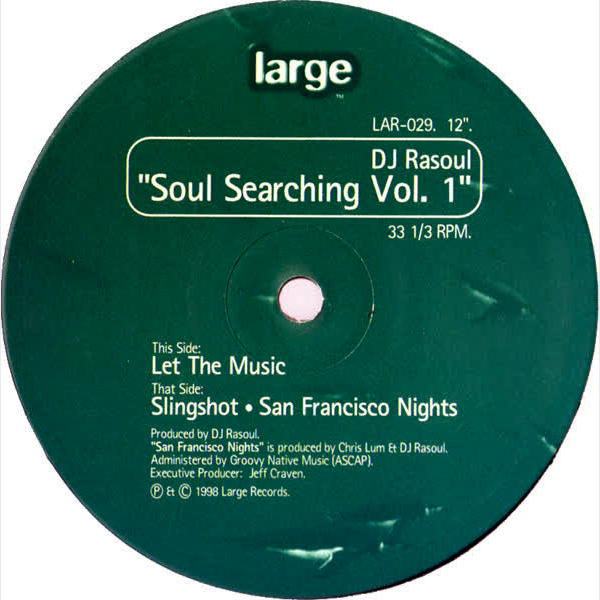 Another offer from Chicago’s Large Records, from San Fransisco’s DJ Rasoul. We’re sampling the 90s again in this volume: this time it’s “Keep It Comin” by C+C Music Factory. Both Soul Searching Vol. 1 and Keep It Comin are for sale on Discogs.